Actress Urvashi Rautela has made her Cannes debut this year. Urvashi reached the Cannes Film Festival 2022 with many Indian celebs. She has also scattered her flame on the red carpet of this event. Now Urvashi has claimed that Hollywood superstar Leonardo DiCaprio praised her at Cannes 2022 and congratulated her as a talented actress.

Leonardo praises Urvashi?: Urvashi Rautela talks about meeting Leonardo at the Cannes Film Festival 2022, in one of her interviews, she has said that meeting the actor of the film Titanic was like a dream come true for her. Urvashi says, "I was very happy after receiving the compliments from Leonardo DiCaprio. I had fewer words. I was very emotional and i feel tears of joy in my eyes."

She continued, "I was also Sharma. She has also praised me as a very talented actress. I woke up the next morning, biting myself. Wondering if that had happened exactly last night? Was I dreaming about those lovely moments?' Many social media users have refused to accept Urvashi Rautela's words. It's hard for users to believe what they say. Many users have also called Urvashi a liar. The tweets of many users on Twitter have gone viral.

leo is not even at cannes??? maybe news sites need to report that too https://t.co/4pyERFpDHe

Trolls happening on social media: Users are not believing Urvashi Rautela's words on social media. A Twitter user posted, "I really respect Urvashi Rautela because she doesn't care if she is lying. She just lies." The other user tweeted, "Leonardo must have seen great performances in movies like 'Virgin Bhanupriya', 'Great Grand Masti', 'Hate Story 4', 'Pagalpanti'. Because on the red carpet he was not seen walking. 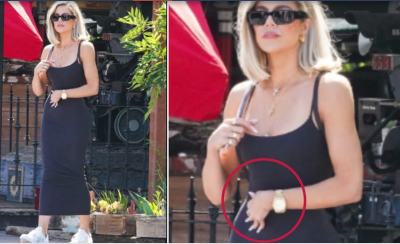