Afghanistan: Two decades of progress in the education, employment and empowerment of women in Afghan public life have been dramatically undone since the Taliban took control of Kabul in August 2021, calling on the international community to exert more pressure on the regime has gone.

Naheed Farid, an Afghan women's rights activist who was the youngest politician elected to the country's parliament in 2010, criticized world leaders for calling the Taliban a "gender apartheid" regime during a recent United Nations news conference. requested from.

One of the worst human rights crises in the world and in human rights history is currently affecting Afghan women. Gender discrimination is happening in Afghanistan, Farid told reporters in New York on September 12.

It wasn't just me who said that. But it is important for all of us to reiterate this whenever we see the passivity of the global community and decision-makers in general.

Farid said the label of apartheid could be a catalyst for change in Afghanistan, where since the Taliban came to power there have been severe restrictions on women's movements, the right to work and access to education, as in the 1980s. decade in South Africa. 1990s.

According to Farid, when world leaders gather in New York City for the United Nations General Assembly, they should speak to Afghan women in exile to better understand the dire plight of Afghan women and girls. 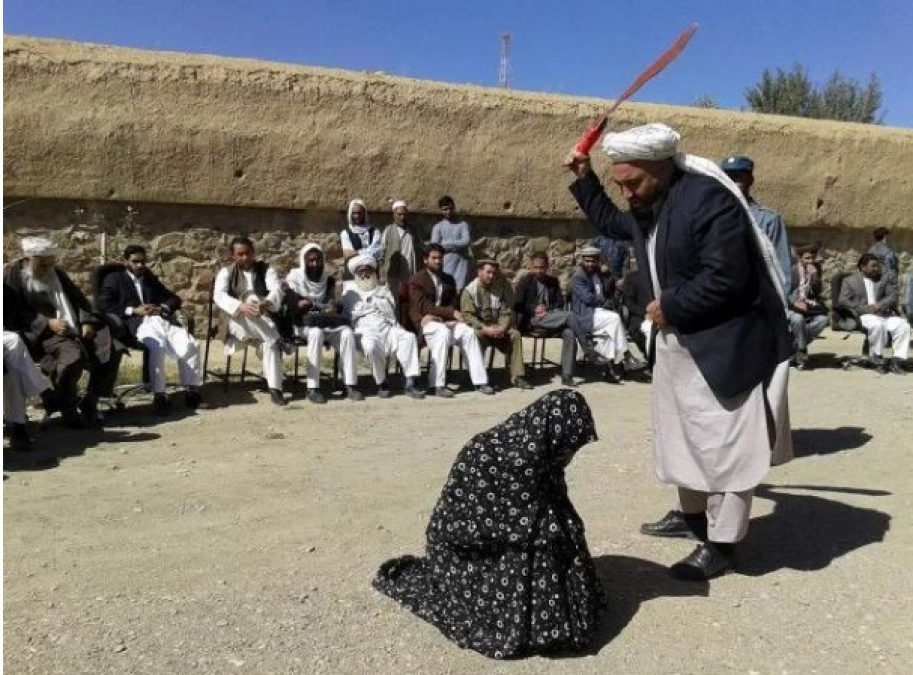 She claimed that all Afghan women, wherever they are, feel abandoned by the international community, that their demands are not taken into account in any discussions or policies that affect the future of their countries.

Farid urged the Organization of Islamic Cooperation and other multilateral organizations to establish a forum where Afghan women can speak directly to the Taliban about women's rights and other human rights-related matters.

Najiba Sanjar, a feminist and human rights activist from Afghanistan, also spoke at the press conference and urged governments to ban the Taliban, ban the group's representatives from the United Nations and include women in all delegation meetings with regime representatives. did.

According to Sanjar, there was a need to negotiate with the Taliban to protect the rights of Afghan women, but this dialogue could not have started without the participation of Afghan women.

“Second, the Taliban should not be legitimized or recognized as a result of their association with them. And as always, and especially before the world gathers for the UN General Assembly this month, we ask that Afghan women be ignored. should not, not be silenced as collateral damage to the world's efforts to promote gender equality

According to a recent United Nations report, it may take centuries to achieve complete gender equality globally. This is because existing inequalities have been made worse by recent global crises and protests against women's empowerment in some countries.

The Sustainable Development Goals are a set of objectives set by the United Nations to be met by 2030 which include goals such as eradicating hunger and ensuring universal access to education. The aim of gender equality was one of them.

However, this goal is unlikely to be met this century, much less by the end of the decade, according to a UN report titled "Progress on the Sustainable Development Goals: Gender Snapshot 2022", which was published by the United Nations Women and the United Nations. was put together. United Nations Department of Economic and Social Affairs. 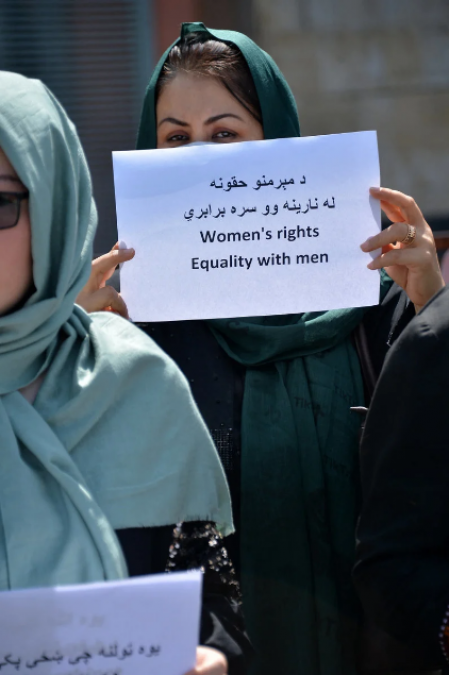 According to the report, to end child marriage by 2030, development must proceed 17 times faster than in the previous ten years. Additionally, it indicates a reversal in the trend of poverty reduction and claims that rising prices will probably worsen the trend. ,

About 383 million women and girls will be living in extreme poverty by the end of 2022, compared to 368 million men and boys. The report also said that many people in most parts of the world will live without enough money to meet basic needs such as food, clothing and a good place to live.

In a statement, UN Women's Executive Director Seema Bauhaus said that as we approach 2030, "women's rights and gender equality are at a turning point."

To regain and accelerate progress, it is essential that we immediately come together and invest in women and girls. In terms of income, security, education and health, the data demonstrates undeniable regressions in their lives that have been further exacerbated by global crises. If we wait any longer for this trend to stop it will cost us all more.

This reversal in women's rights and opportunities is the result of several interrelated crises. For example, the COVID-19 pandemic and its economic effects have disproportionately harmed women and households with a woman as the head of the household.

During the pandemic, 672 billion additional unpaid childcare hours were needed worldwide in 2020 due to school and preschool closures. If the gender gap in care work remained the same as it was before the pandemic, women would have logged 512 billion of those hours.

The pandemic resulted in an estimated $800 billion loss in women's income worldwide in 2020, and despite a recovery, it is estimated that their participation in the labor market will be lower in 2022 than before the pandemic.

Additionally, millions of people have been uprooted due to global warming and regional conflicts. More women and girls are being forcibly displaced than ever before; There will be 44 million such women and girls by the end of 2021.

In contrast, the UN report found that 20% of male-dominated households in war-torn regions experienced moderate to severe food insecurity in 2021, compared with 38% of female-headed households.

This food insecurity is only exacerbated by the conflict in Ukraine, which has led to an increase in the market value of bread, cooking oil and other essential food items in some of the world's most vulnerable and import-dependent regions.

Spatolisano, Assistant Secretary-General for Policy Coordination and Inter-agency Affairs, UN/Maria-Francesca DESA, said in a statement that "large-scale global crises are threatening the achievement of the SDGs, disproportionately affecting the world's most vulnerable population groups." have had an impact, especially among women and girls." 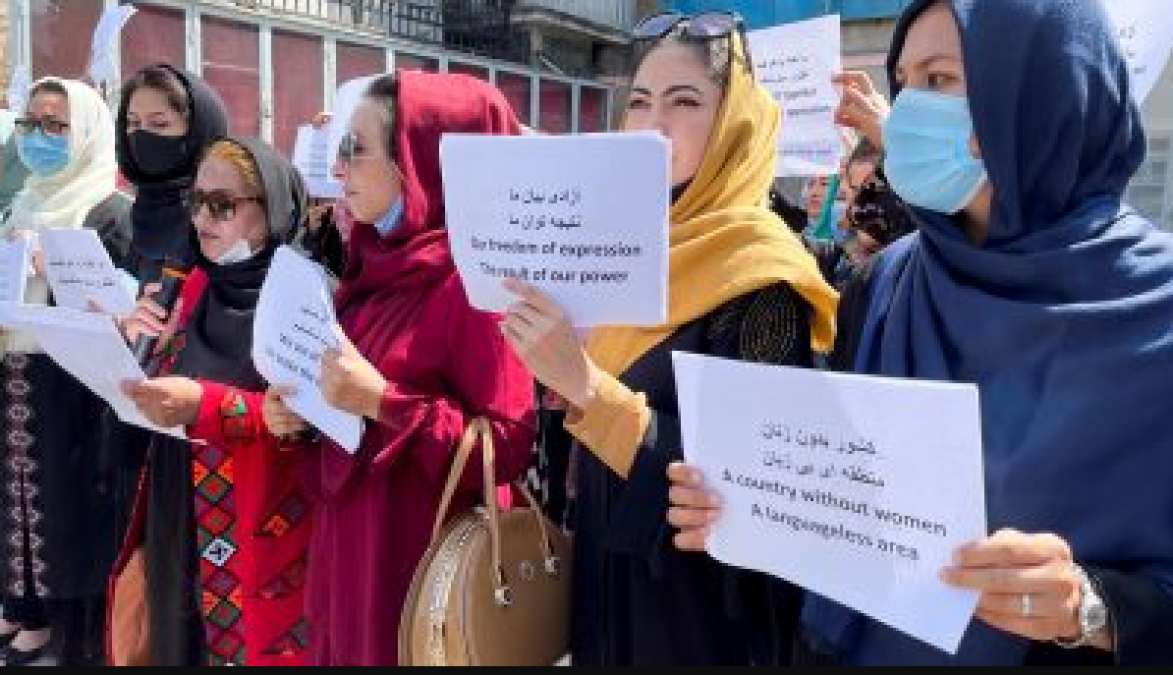 Achievement of gender equality is a prerequisite for achieving all SDGs and should be the cornerstone of improving things.

Afghanistan is particularly vulnerable to this confluence of crisis because of its isolation internationally, lack of necessary financial support and vulnerability to natural disasters such as drought.

According to a recent survey, which Sanjar uncovered at the press conference, only 4% of Afghan women said they always had enough to eat, and 25% said their income had completely disappeared.

Reportedly, family violence and femicide are on the rise, and a survey found that 57% of Afghan women are married before the age of 19. Even families have been known to sell their daughters and their belongings to buy food.

As Sanjar told reporters, "We are all watching the suffering of women, girls and minorities from our TV screens as if an action movie is playing." “Before our very eyes, a real injustice is happening. And by being complacent and accepting this as the new normal, we are all seeing and participating in this sin.

And the way the Taliban treats women could make matters worse for Afghanistan as a whole. The Taliban regime is unlikely to receive billions of dollars in much-needed aid, loans and frozen assets held by the US, the International Monetary Fund and the World Bank, unless it demonstrates a willingness to soften its harsh stance, especially on issues related to women's rights. ,

Additionally, the United Nations estimates that keeping women out of the workforce costs Afghanistan $1 billion, or up to 5% of its GDP.

At the same UN press conference, Norway's Permanent Representative Mona Jul said, "It is more important than ever to put the status of women in Afghanistan high on our agenda."

“Since the Taliban took control, the condition of women and girls has worsened. Countries like mine will continue to engage directly with the Taliban to emphasize the importance of girls’ education and women’s participation, less In no less order than to address the grave humanitarian and economic crisis the country is currently facing.

According to studies, each additional year of education has a girl child as an adult, with the added benefits of poverty reduction, improved maternal health, reduced infant mortality, increased HIV prevention, and a reduction in violence against women. Income can increase by up to 20%.

According to Juul, lasting peace and development in Afghanistan as well as everywhere in the world can only happen if women actively participate in all aspects of political life. No country can afford to leave its women and girls.

The future under the Taliban appears utterly bleak for the millions of Afghan women and girls who had some degree of freedom from 2001 to 2021 under a government recognized by the United Nations.

According to Farid, "I am hearing more and more about Afghan women who chose suicide because of their despair and despair."

The fact that Afghan women and girls are choosing death as an alternative to living under Taliban rule is the ultimate indication of how bad the situation is for them.

Afghanistan and the US exchange prisoners 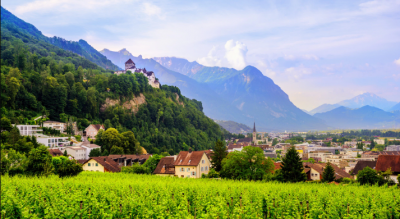