What is happening in Bangladesh at the moment is shocking everyone. Javed Akhtar has now reacted to the same. He recently tweeted a few tweets and responded. You must be aware that at present, there are constant cases of communal violence in Bangladesh. The violence that started on October 13 at Durga Puja, the main Hindu festival, is not going to stop and there are reports of one after the other. A short while ago, the ISKCON temple was also attacked in which one person was killed.

Now amidst all this, Bollywood lyricist Javed Akhtar has criticised the Sheikh Hasina government over the recent communal violence in Bangladesh. "Those who are trying to crush vulnerable minorities are rogues, cowards and sick communal," he said on Twitter. In another tweet, he wrote, "What is happening in Bangladesh is a shame. Those who are trying to crush a vulnerable minority are rogue cowards and sick communists. How can Sheikh Hasina, known for her secular values, allow this to happen under her supervision?''

You all must be aware that last Sunday, there was a case of setting fire to the houses of Hindus in Pirganj, a sub-district of Rangpur. There have been several attacks in the country in the last week. Bangladesh-Swedish writer Taslima Nasreen also condemned the attacks 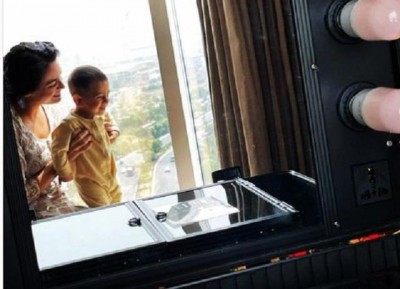