How did the 10th student come on stage to receive the award? Muslim leaders got angry at the award ceremony, threatened Kochi: A schoolgirl was called on stage during the students' felicitation ceremony in Kerala. But when such a girl reached the stage, a Muslim leader got furious and reprimanded the organizers for this. Also threatened that if this happens in future it will not be right for you. In fact, during the honor ceremony, a class 10 student was called on the stage to honor her. This was a shock to the members of Samasta Kerala Gem-Iyyatul Ulama (SKJU), an association of Kerala Sunni scholars.

Without thinking about this, he reprimanded the organizers of the program there. According to reports, MT Abdullah Musaliyar, a senior leader of the entire Jem-Iyatul Ulema, was furious at the organizers for inviting the student to the stage. Not only did he humiliate the organizers for this, but he has also openly threatened them. The incident happened during the inauguration of a 'madrasa' building, where students were awarded recently. Indian Union Muslim League (IUML) leader Panakkad Syed Abbas Ali Shihab Thangal handed over a memento to a class 10 student at the same function. Soon after the award was handed over, Musliyar asked the organizers why the girl was invited to the stage. During this, Abbas Ali Shihab Thangal was also present there.

Musaliar told the organizers, 'Who called the 10th student on the stage here? Do not do such things in our presence. Will it all be shown in pictures and broadcast? An angry Musaliar threatens the organizers that if you do this again, it will not be right for you. Don't invite girls here like this. Don't you know the rules? Call the parents here.' Pointing to an organiser, he said, 'Were you the one who called him? While we are sitting here, don't do such things.' In the program organized in Malappuram, the Muslim organization was respecting all the students. However, after being reprimanded by Muslim leaders, the person who announced the girl's name and called her on stage appeared to apologize to Musliyar.

'Swastika and Brahma's lotus shown on the wall of Gyanvapi mosque', a big disclosure in the survey"

Good News! Now every year 12 thousand home guards will be recruited in UP, Yogi government made a big announcement

This government bank gave a shock to crores of customers, it will directly affect the pocket 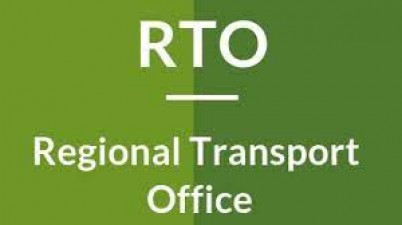