'How's the josh?' Virat Kohli army is all set for 2nd T20I against Australia after IAF air strike India on Tuesday woke up with the news of Air strike carried out by Indian Airforce in Pakistan IAF launched an air strike across the LOC, destroying Jaish-e-Mohammed terror camps. This attack have filled every Indian with enery and ‘Josh’, Now, its seems that Virat Kolhi led Indian team is all set to win the 2nd T-20I against against and are full of energy.

Virat Kohli and his men would look to level the series 1-1 having lost first T-20I  in a nail-biting manner. Ahead of the final match in the shortest format, Kohli came up with a thrilling post on Facebook where he shared a picture of the Indian team training with the caption, “How's the Josh?”.  The catchy phrase 'How's the Josh?', movie, 'URI – The Surgical Strike' - a dramatised account of the Indian Army's retaliation to the 2016 Uri attack in the valley. 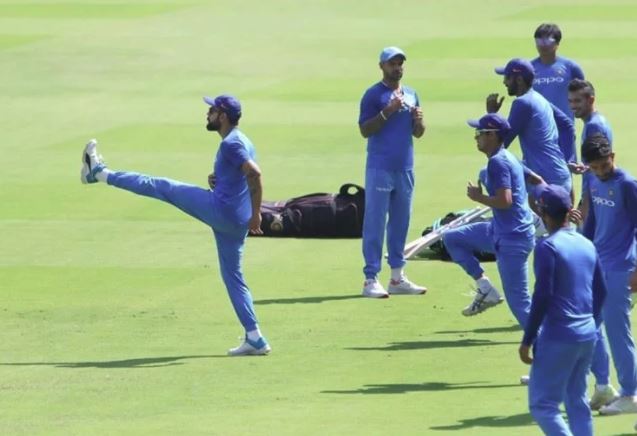 The air strike by IAF comes as a reply to the suicide bomb blast that came a little less than 2 weeks ago by Jaish-e-Mohammed which saw 40 CRPF jawans being martyred in the Pulwama district of Jammu and Kashmir. Air Force killed more than 300 terrorists with the pre-dawn strike across the border, Kohli's sentiments echoed the India.