Nagaraju sold his gold chain to let her wife celebrate Eid, Islamic fundamentalists did not like Hyderabad: B Nagaraju, 25, was stabbed to death in Hyderabad on Wednesday night (May 4) for marrying a Muslim woman. Now it has come to light that Nagaraju had sold his gold chain to his wife Ashreen Sultana Sayyed to make eid purchases. According to the report, Nagaraju used to work as a sales executive at a car showroom in Malakpet in the city. The HR manager of the showroom, K Satheesh, has said that he came to know about Nagaraju's marriage recently when Nagaraju told him about the gold chain.

"He told me that he had sold the gold chain for Rs 25,000 to take his wife to Charminar for Eid shopping. He was a very honest and hardworking person and also quite innocent. He usually used to wear his casual clothes before going home, but on Wednesday evening he left in uniform because he was getting late. He had to pick up his wife from his sister's house.''

Trapped the girl through social media, then called to meet and locked her in the room for two days..."

UP: 16-year-old girl become pregnant after raped, narrated the tale of cruelty 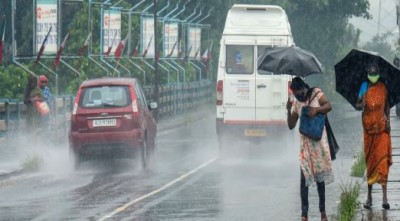