“Indian outfits are all about being simple”, says actress Disha Pardeshi after shooting for an ethnic brand in Jaipur In these modern times where people are following western trends, it is the Indian wear that has turned the tables. After all, ethnic outfits remain timeless classics compared to the basics. And it seems that model and actress Disha Pardeshi is fascinated by Indian attire.

The model had a busy schedule in August with back to back brand shoots. She recently shot for Indian ethnic and apparel brand Biba in Jaipur. Disha had a two-day shoot that was for the brand’s campaign. Earlier, the actress even had a brand collaboration with Kashish India for which she flew to Budapest. Disha Pardeshi’s love for ethnic wear is unmatched, and she says that nothing comes closer to Indian wear. “The ultimate sophistication is being simple, and that’s what Indian outfits are all about. I wait for the occasion to wear lehengas, kurtis, shararas and Indian suits. They are indeed mesmerizing”, reveals the actress. Speaking about her shoot for Biba Clothing, the actress revealed that it was a campaign shoot.

Elaborating about it, Disha said, “The first day we completed a major portion of shooting for the campaign. And the second day, we shot for digital channels. I must say that the apparel brand is coming up with the finest collection for the women this festive season.” Being the poster girl and the campaign face for this reputed brand, Disha Pardeshi in recent times has garnered the attention of many other brands. In the past, the actress has collaborated with India’s leading brands like Pantaloons, Big Bazaar, Arena Jewellers, Bharat Petroleum, Yosha Ethnic Garments, Sunburn Festival Goa 2014, Splash Salon, Mcdonalds, Axis Bank and many more. As far as her acting career is concerned, Disha Pardeshi was earlier seen in the Indian serial ‘Waaras’. Currently, the actress is seen in Star Pravah’s popular soap opera ‘Swabhimaan’. Besides being a talented actress, ravishing model and a brand’s eye-candy, Disha Pardeshi is also a phenomenal dancer. The versatile personality is a National Award Kathak dancer and has left the audience in awe of her impeccable dancing skills. Is there anything Disha Pardeshi cannot do? You have got a lot to achieve girl! Looking out for some Eco-friendly fashion and lifestyle inspiration? Take some cues from influencer Sejal Jain 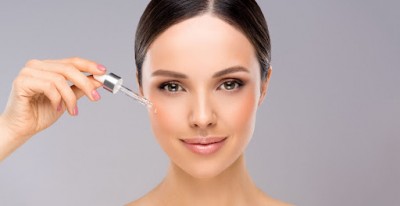