The daughter of superstar Aamir Khan, Ira Khan embraces her boyfriend Nupur Shikhare in a new picture. Nupur shared a candid picture of him and Ira on his Instagram handle. In the photo, Nupur Shikhare apparently lay on the floor on his stomach as Ira Khan is hugging her beau from behind.

Nupur is smiling, looking away from the camera, where Ira seemed to have gazed at him. While Nupur wore a white T-shirt, Ira wore a black top. He simply wrote, "Gotcha" followed by a red heart in the caption. The couple who are now in the headlines made their relationship official earlier this year. On Promise Day, in February, Ira had shared pictures with Nupur. She captioned her post, ?It's an honour to make promises with and to you... #hi #whaleyoubemine #myvalentine #buddy #yourebetteratcheesylines #dreamboy.?

The duo Ira and Nupur often share pictures as they spend quality time. Last month, they travelled together to Himachal Pradesh. In a picture shared by Nupur, they held puppies and petted them. Earlier, Ira had dropped pictures with Nupur as she sat on a couch holding him. She wrote, "He's such a dramebaaz!...#love #cuddles #happypill." Replying in comments, beau wrote, ?@khan.ira dramebaaz ? Who ? Me ? Nooooo .. no.. nooooooo... Me ? Nooooo... No... Ok may be but I love you na.?

Meanwhile, Ira has chosen not to follow in the footsteps of her father Aamir. She doesn't want to be an actor but is inclined towards direction. She made her directorial debut with a play titled Euripedes? Medea two years ago.

Sanskrit language is a symbol of pride and identity of India: Rajeshwar Singh

No water coming into Amitabh Bachchan's house, apologized to fans 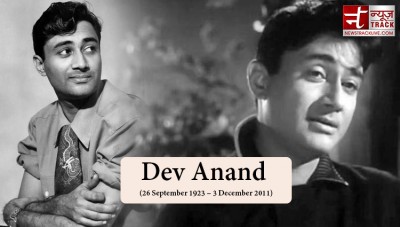