According to media reports, the ministry handed Ambassador Ali Reza Guney a "strongly-worded letter calling for the cessation of such provocative acts, and the unacceptable violations," in a statement on Tuesday, renewing Iraq's demand for the complete withdrawal of Turkish forces from Iraqi territory.

"In the face of such hostile and unilateral acts as they are taking place without coordination with the Iraqi government," the statement said, "Iraq has the legal right to take the necessary and appropriate measures in accordance with the provisions of the UN Charter and the rules of international law."

The Iraqi Presidency had earlier in the day condemned the Turkish operation in Iraq's semi-autonomous Kurdistan region as a threat to Iraq's national security and a violation of its sovereignty.

According to Turkey's Defense Ministry, at least 26 Kurdistan Workers' Party or PKK members were killed during Turkey's current land and air cross-border incursion into northern Iraq, which began on Monday. Despite Iraq's concerns, Turkey conducts cross-border operations on PKK sites in northern Iraq on a daily basis.

Turkey has designated the PKK as a terrorist organisation, and it has been fighting the Turkish government for more than 30 years. 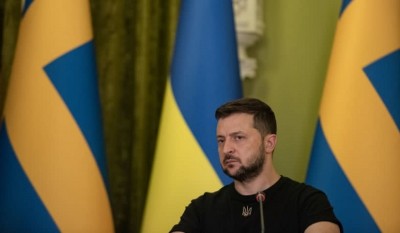