Jacqueline Fernandez is in the news for her beauty. She makes everyone go crazy with her new pictures and now it has happened once again. In fact, recently the actress has done a tremendous photoshoot, in which her look is looking quite glamorous. You can see that some photos of this shoot were also shared by her on her Instagram, which fans are going crazy seeing. In fact, in the shared photos, she is seen in a red colour tight dress.

You can see that her look in this high Thai slit dress looks quite bold. During this time, the actress has done the best makeup and has made a pony in her hair. At the same time, she has completed her look with black high heels. Let us also tell you all that Jacqueline often does attractive photoshoots and fans are also crazy to see her killer acts. At the moment, fans are commenting fiercely on the new photoshoot and praising her sexy look. By the way, fans are going crazy after seeing Jacqueline Fernandez's new look. After seeing these photos, most of the fans have commented on her look by sharing the heart and the fire emoji.

Yes, and someone wrote in the comments- You are a beauty icon. So someone wrote- You're super. Others also commented in the same way. Let us tell you all that Jacqueline was last seen in the film Bachchan Pandey with Akshay Kumar, however, she did not have much role in this film. At the same time, the film also proved to be a flop and talking about her upcoming films, she will be seen in Rohit Shetty's film Circus. Yes and the film stars Ranveer Singh and Pooja Hegde in the lead roles. 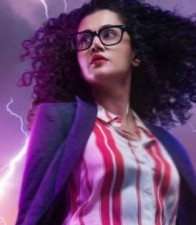