The case of an attack on MP Hanuman Beniwal has caused panic. The state government is now taking legal advice in this case. For this, the Home Ministry has written a letter to AAG. The hearing on the Beniwal attack case is going on in the Privilege Abuse Committee of the Lok Sabha. The Chief Secretary and the DGP have to submit a reply in this case to the Privilege Abuse Committee. In the last hearing, the committee ordered the Chief Secretary to convey the decision in seven days.

The attack on MP Beniwal took place in Barmer on the night of 12-13 November 2019. There, the convoy of MP Hanuman Beniwal was pelted. In this case, the police had registered a case at the police station. But on 14 November, MP Beniwal had e-mailed the police in this case. On this, the police did not register a new case and included it in the earlier FIR itself. On this, MP Beniwal complained about this to the Privilege Abuse Committee of Lok Sabha. The committee took cognizance of the MP's complaint.

A four-member committee constituted on behalf of DGP Bhupendra Singh Yadav has advised not to register a second FIR considering the incident mentioned in the FIR and the e-mail. After this, DG Crime ML Lathar has advised the ACS Home to seek an opinion from the Advocate General (AG) or Additional Advocate General (AAG) in the matter.

America will give refuge to Hindus and Sikhs of Afghanistan, Motion presented in US Parliament 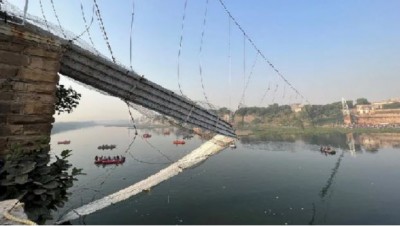