New Delhi [India], Jun 9 (NT): Union Finance  Minister and BJP leader Arun Jaitley on Friday raised his voice and shed light on serious concern over "increased Maoist activities" in areas other than usual radicalism affected areas while targeting "some political parties" for using them not in favor of the ruling Modi-led NDA.

Jaitley’s statement came in the wake of the recent arrests in the Bhima-Koregaon violence case. He also attacked political parties for using Maoist as an instrument in the "anti-NDA cause."

In his official blog, the union minister showed his worries towards the increased activity of Maoist as a "dangerous tendency which all political parties must realize and react to."

"The Maoist believes in the violent overthrow of the constitutional system and not just the government. In their perceived system, there are no fundamental rights, no rule of law, no Parliament and no free speech. But to expand their political base, their sympathizers make full use of the democratic idioms," he further said.

Jaitley asserted that extending any kind of support to such outfits just like "riding a tiger".

On a related note On Thursday, the Pune police told a court that they received a letter that talks about the assassination of Prime Minister Modi like "Rajiv Gandhi “incident.

The letter was seized from the home of one of the five people, arrested in links with the Bhima-Koregaon violence. (NT) 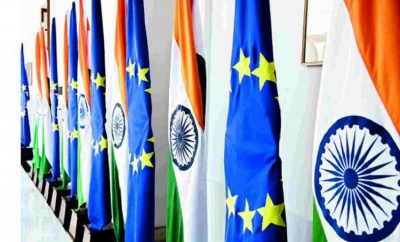