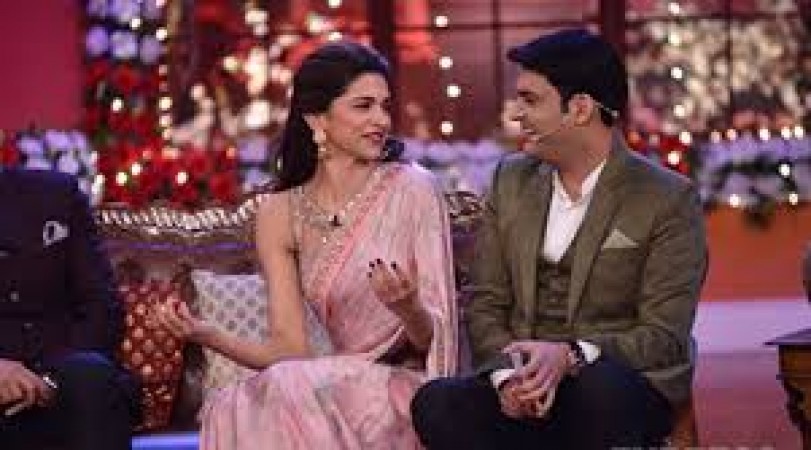 Although the shooting of films and TV serials has been stalled for a long time due to the lockdown imposed due to the Corona epidemic, but in the meantime, Bollywood actor and famous comedian Kapil Sharma is always in the news due to his show. Many Bollywood stars often come as guests in his The Kapil Sharma. These well-known stars also tell a lot of interesting stories about their lives. Kapil also keeps making many revelations. This time Kapil Sharma has revealed a lot of fun about Ranveer Singh.

A throwback video of Kapil Sharma's show is going fiercely viral on social media these days. In this video, he is telling an anecdote related to actor Ranveer Singh. In this, Kapil is talking to Ranveer's wife and actress Deepika Padukone who is appearing as a guest on the show. In the video, Kapil tells Deepika that Ranveer Singh had insulted him a lot in his wedding. In the video, Kapil tells Deepika about Ranveer, saying, "Ranveer humiliated me a lot by calling me to a wedding. Do you know what he did? You were not there, she had gone to meet the guests on that side and what happened in the meantime, you don't know anything.'

Explaining further, Kapil Sharma said in his video, 'Ranveer calls me and says, look, Deepika is with me. Who offends like this? After hearing this, Deepika laughs and says that this is true. This throwback video of Kapil Sharma and Deepika is going viral on social media. Fans of both these artists are giving their feedback on this video and a lot of people are liking it. However, Ranveer Singh has not given any response on this.

Raveena Tandon angry with the blame game after Sushant's death