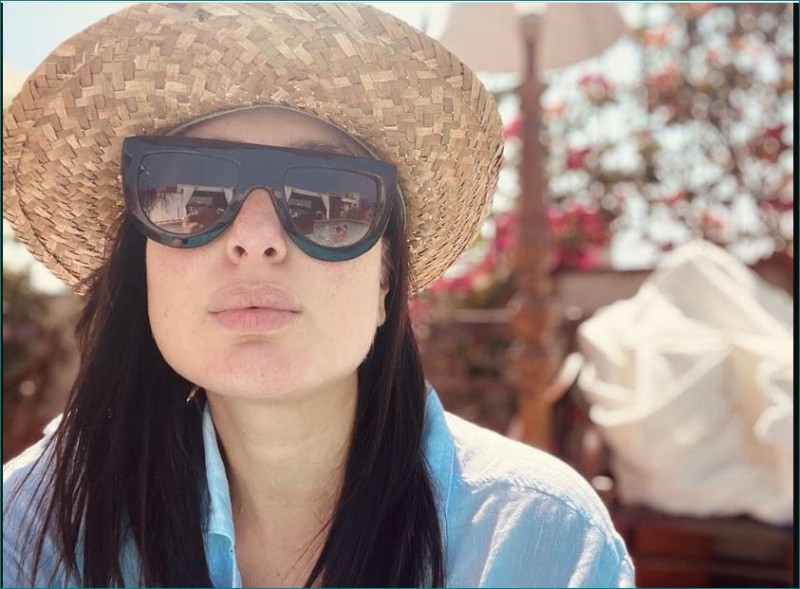 Bollywood actress Kareena Kapoor Khan is in discussions about her second child these days. As you all may know, she gave birth to her second son on February 21, although her name has not been revealed so far. Kareena has been away from social media for some time since the birth of her son, but now she has returned. After becoming a mother, Kareena Kapoor has made her comeback on social media once again.

On Monday, the actress shared a photo of her which you can see. This is the first picture of Bebo after the second delivery, which the fans have not been able to praise her. This photo of Kareena is a selfie photo in which she is looking very attractive. In this picture, Kareena has sunglasses on her eyes and is wearing a hat on her head. Looking at them, it seems that Kareena has taken these photos sitting on her balcony. During this time, she is seen in a sky blue color shirt. You can see their look is very cute.

The actress Kareena shared this picture and wrote- 'Hello all people…. Missed you a lot' There were reports recently that Saif and Kareena are preparing to get their second son in a special way. According to a report, due to coronavirus, Kareena and Saif are very cautious about their newborn baby and are preparing for the virtual insertion of the second son.