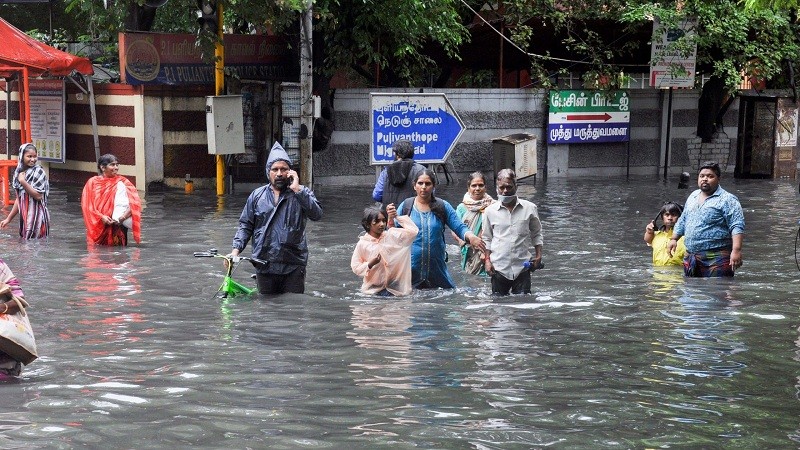 Karnataka - Bengaluru: Since September, 24 people have died as a result of disasters related to the heavy rains in Karnataka. Rains in the state have also resulted in the loss of agricultural crops on five lakh hectares. These were some of the key takeaways from Chief Minister Basavaraj Bommai's Sunday evening meeting at his home office in Krishna to assess the damage caused by persistent rains in various sections of the state.

The early data on the damages showed that 658 dwellings were completely destroyed and 8,495 houses were partially destroyed, according to sources. It has also claimed the lives of 191 animals. A total of 5 lakh hectares of agricultural crops were lost, with a total loss of 30,114 hectares of horticulture crops. The state's roadways have been damaged by the constant rains, which have totaled 2,203 kilometres.

A total of 165 bridges have been damaged. Rains have also seriously damaged 1,225 school buildings and 39 public health centre (PHC) structures in various areas, according to the study. According to the report, 1,674 electric poles and 278 transformers have been destroyed. The districts of Bengaluru Urban, Bengaluru Rural, Tumakuru, Kolar, Chikkaballapur, Ramanagar, and Hassan have all been severely affected.

Devastation due to rain and floods in Andhra Pradesh, 4 killed in 3-storey building collapse