Bollywood film stars Vicky Kaushal and Katrina Kaif's wedding card has started going viral on social media. Katrina Vicky's wedding is set to take place on December 9 at Six Senses Fort according to a viral post. There is a lot of enthusiasm among the fans about Vicky-Katrina's wedding. The excitement about Katrina Vicky's wedding has not been seen in any celebrity couple's wedding so far.

Katrina Vicky has kept her wedding a secret till the last occasion. Katrina-Vicky never talked about the relationship nor has there been any official statement on the marriage now. Katrina and Vicky are presently in Sawai Madhopur in Rajasthan. According to media reports, the wedding rituals of the two have begun. Katrina Vicky's name mehndi has been composed in her hands. 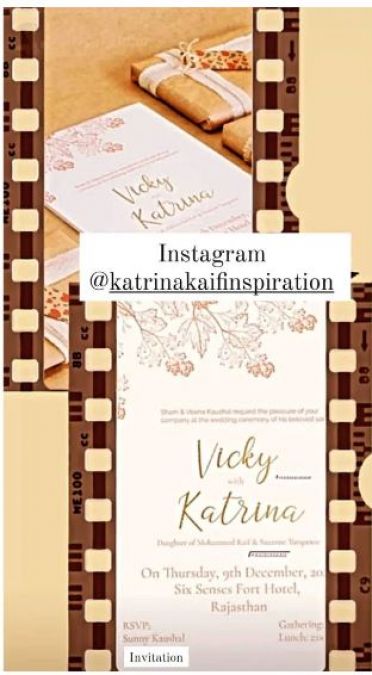