Kiran gave divorce to husband in love of married Anupam Today is the birthday of Kiran Kher, who gave many great films in Bollywood. Let us tell you that Kiran was born on 14 June 1955 in a Sikh family. He was born in Chandigarh, Punjab. You must know that Kiran Kher is an excellent actress as well as an MP from Chandigarh. At the same time, Kiran did her initial studies from Chandigarh and after that she graduated from Punjab University in the Department of Indian Theater.

You all gave Kiran Veer-Zaara, Devdas, Karz, Hum, Main Hoon Na, Dostana, Sardari Begum, Kabhi Alvida Na Kehna, Kambakkht Ishq, Kurbaan, Mile-Milenge, Fana, Ehsaas and many more. Must have seen films like Sundar and Total Siapa. Due to these films, he has named millions of hearts in his name. Due to the excellent acting in all these films, she has settled in everyone's heart today. Talk about their love, then Kiran Kher has remarried with Anupam Kher. Actually, Kiran Kher and Anupam Kher met for the first time in Chandigarh. During that time both were part of the theater in Chandigarh. It is said that there was a good friendship between the two, but there was no feeling of love for each other in their hearts. After that, till the feeling of love in both the hearts, Kiran was married and Anupam Kher was also married. In the year 1980, Kiran came to Mumbai in search of work in films.

After that he fell in love with a businessman named Gautam Bedi. At the same time, Gautam Bedi and Kiran got married and after marriage, Kiran gave birth to son Alexander. It is said that after marriage, Kiran fell back in love with her old friend Anupam Kher and then both decided to be one. After that Kiran divorced her husband Gautam Bedi and Anupam Kher also divorced his wife. After that both of them got married in 1985. By the way, let us also tell you that Anupam Kher gave his name to Kiran, son of Kiran's first marriage, but Kiran and Anupam have no children yet. 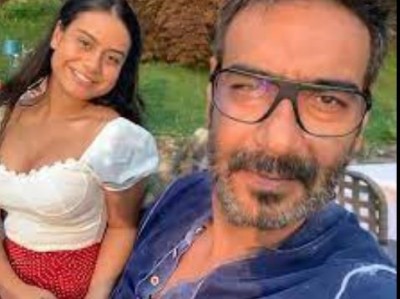