The health of veteran singer Lata Mangeshkar, who has spread the magic of her beautiful voice on the hearts of millions of fans, has not improved so far. At the same time, his doctors have also become worried about his health. In fact, on January 8 of this month, Lata Mangeshkar was found to be corona infected and since then she has been admitted to the hospital. At this time, fans from all over the world are praying for the speedy recovery of Lata Mangeshkar. However, his doctors are also constantly giving his health updates to the fans.

Let us tell you that Lata Mangeshkar's doctor Pratut Samdani has once again shared information about the singer's health with crores of fans. He says that- 'Lata ji is still in ICU. His treatment is still going on. Can't tell anything other than that. Just pray for his recovery. You all must know that Lata's age is 92 years and Lata Mangeshkar has also had pneumonia with corona. In view of this, the doctors are more alert and because of this they have been kept in the ICU.

Just a few days ago, while giving an update on Lata Mangeshkar's health, the doctor had told that 'she will be kept in the hospital for 10-12 days, so that she can get better treatment under the supervision of the doctor. Best doctors are treating him. On the other hand, Lata Mangeshkar's family members and crores of fans are just praying that everyone's favorite Lata ji gets well soon and comes to her home, although her health has not improved much till now. Lata Mangeshkar has mesmerized everyone with the magic of her velvety voice for 7 decades and now she is not singing songs these days. 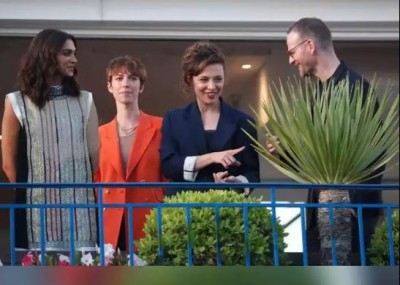