Lily Collins, who portrays Emily Cooper in the second season of Netflix's 'Emily In Paris,' enjoyed shooting in the beautiful surroundings of St. Tropez and described it as a "Mini holiday."

The actress said to the press: "Going to St. Tropez at the start of the season was a dream come true. It was the best way to kick off the new season with the cast and crew, bringing everyone back together. It seemed as though I were on a mini-vacation." Ashley Park, who plays Emily's buddy, enjoyed the experience of filming in France as well.

She stated, " "I believe we were all taken aback by the fact that we were about to start filming season two. It was the most beautiful place, and it felt like you were working with your closest buddy in a holiday area, which was incredible." According to femalefirst.co.uk, Lily said earlier this month that "Emily in Paris" supplied "escapism" during the coronavirus crisis. Season one of the show, according to the actress, gave much-needed respite throughout the epidemic.

"When it came out that it seemed like it was something that needed to continue - not addressing it because it offers a feeling of escape, pleasure, and laughter in a time when we need it the most," she added. In seasons one and two of the series, the pandemic does not exist.

However, the actress stated that filming the series was difficult due to her health problems. "Filming a show in a densely populated city where people are wearing masks, however we're shooting in a world that doesn't exist with COVID - it's making sure the masks are off when we're rolling and back on when we stop rolling," she stated. When they first started shooting, I thought to myself, 'Wait, half the people in the scenario are still wearing masks.'

While filming "Don't Look Up," Leonardo jumped into a frozen lake to save his dogs

'I regret killing 'way too many animals' for my shows': Bear Grylls

Omicron becomes dominant in US since holiday gatherings kick off 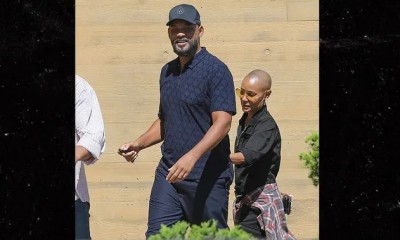