Nationalist Congress Party (NCP) president Sharad Pawar, a constituent of Maharashtra's ruling alliance Maha Vikas Aghadi (MVA), has been posted on Facebook with two persons, including a Marathi actress, arrested by the Maharashtra Police in the case. According to the information received, the arrest has been made in connection with the alleged derogatory post on Facebook about the NCP chief and one of the accused is said to be a student. Marathi film and television actress Ketaki Chitale was arrested by the Thane police from Navi Mumbai.

The second arrest was made from Nashik. In fact, the Nashik police have arrested 23-year-old Nikhil Bhamre, a pharmacy student. It is being said that both the Marathi actress and the pharmacy student have been booked for making derogatory posts on Facebook about Sharad Pawar. Zee Darsal Chitale has shared a post written by someone else. Sharad Pawar's full name is not written in this post, only the surname mentions Pawar and the age of 80 is mentioned. Sharad Pawar has turned 81. In fact, it has been written in this post that "Hell is waiting for you and you hate Brahmins."

In this case, it is alleged that Chitale's post is about Sharad Pawar, whose party is involved in the ruling Maha Vikas Aghadi along with NCP, Shiv Sena and Congress. In fact, a complaint was lodged against Marathi actress Chitale at Kalwa police station in Thane on May 14 on the complaint of Swapnil Netke. Yes, and another similar case has been registered against Chitale in Pune on the complaint of an NCP worker. In this case, police officials say that Chitale was arrested from Navi Mumbai by the Crime Branch of Thane police.

On the other hand, in Dhule in north Maharashtra, a case has also been registered against Marathi actress Chitale on the complaint of an NCP leader. Yes, and in the second case, Nikhil Bhamre is allegedly accused of posting a tweet that says that the time has come for the Gandhi of Baramati to make Nathuram Godse of Baramati. Baramati in the Pune district is Sharad Pawar's home area. In such a situation, many NCP leaders have demanded strict action against the accused in these cases. 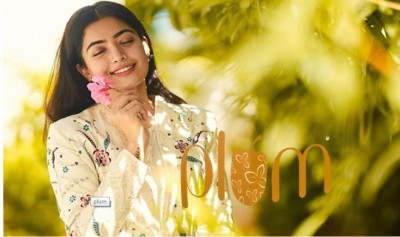