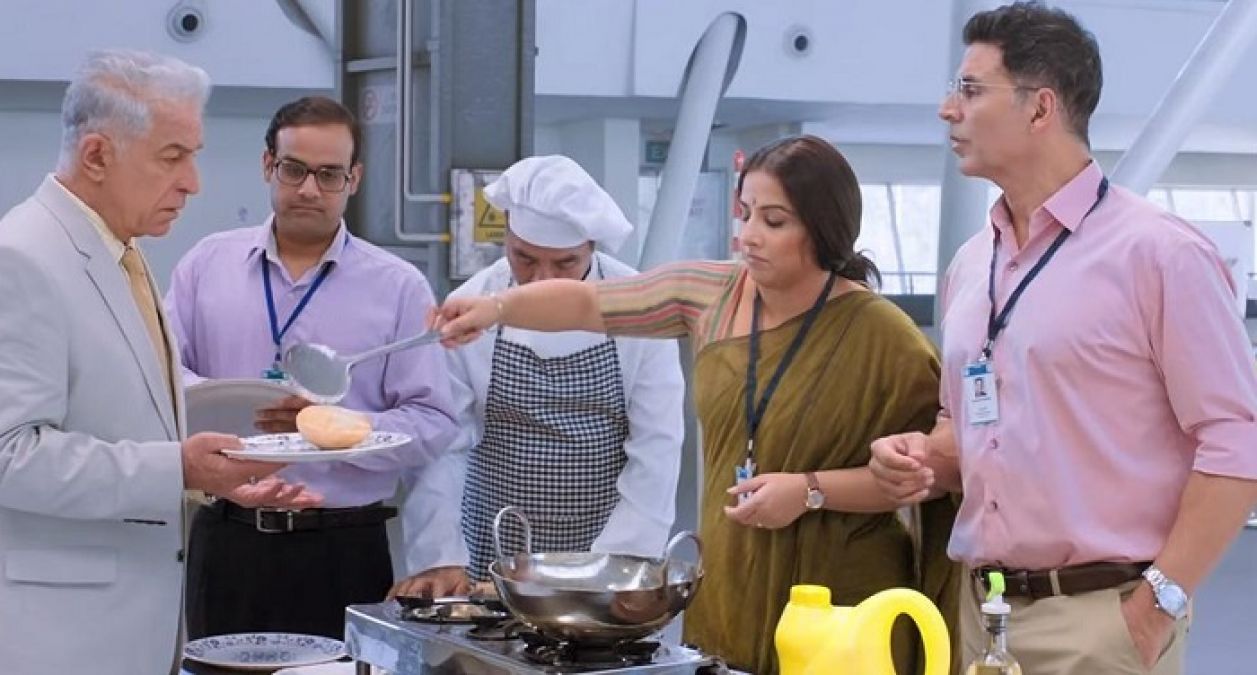 Bollywood actor Akshay Kumar's film "Mission Mangal" has been released on August 15, which viewers are fond of. It's also making a good profit for the film. Akshay Kumar and Vidya Balan are also making a strong box office debut. It took 4 days and within 4 days it has reached around Rs 100 crore. So lets now the film's earnings so far. 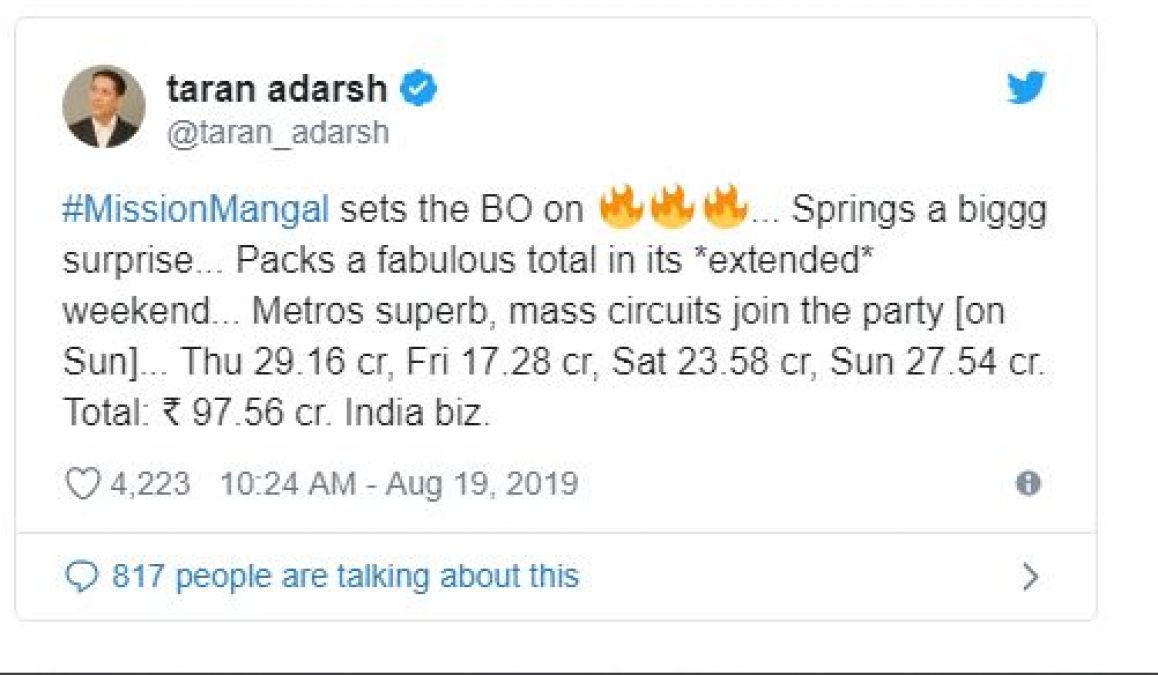 'Mission Mangal' begins with the launch of the mission named GSLV C-39. It has mission director Rakesh Dhawan and project director Tara Shinde. Due to the failure of the mission, Rakesh shifts Dhawan to mars mission and hands over command to a scientist from NASA for the GSLV C-39 project. The film includes Sharman Joshi, Sonakshi Sinha (Sonakshi Sinha), Tapsi Pannu, Kirti Kulhari, Nitya Menon, HG Dattatreya.