Mr. Agarwal and his son Omi meet the Modak family in the most recent episode of Mithai. Mr. Agarwal and Samaresh have a friendly relationship and Samaresh shares his dream idea with him. He also mentions holding a competition for 'Agarwal Sweets' once they begin their new project. Omi doesn't appreciate Mr. Agarwal's casual approach to his remarks.

He hates the fact that 'Modak Sweets' is undermining their company. He freely declares that no one can match their business model. Samaresh aims to convince Omi that he and his father have a pleasant relationship and that he shouldn't take his statements personally. Mithai and Sid are hurt by Omi's statements. Sid responds to Omi in a way that makes him further enraged.

Omi later invents a strategy to beat Modak Sweets. He appoints Motilal, one of their employees, to see that the sweet hub fails.

Mithai, on the other hand, makes 'Pithe-Puli' at home. The Modak family had a good time talking about Mithai's cooking skills. Sid proudly displays the sweet hub's presentation to the rest of the group. Sid's remarks are joyfully received by the entire family. Torsha, Sid's new employer, appears at that point. Sid is busy organising their new venture when she arrives, and she reminds him of his workplace. Torsha also holds Mithai responsible for Sid's inability to focus on his work. Sid does not become enraged, but he manages her nicely. Everyone is taken aback by Sid's cool nature.

Sid spends the rest of the time describing his presentation. The family has yet to decide on a name for the person who will coordinate with the sweet producers. For the same, Mithai offers Som's name. 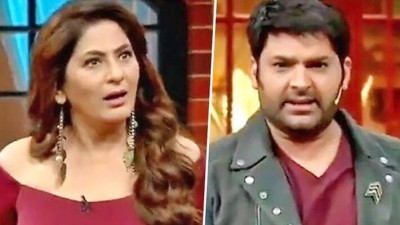