Cricketer-turned-politician Imran Khan has said that Prime Minister Nawaz Sharif had tried to improve the Indo-Pak relations, but the anti-Pakistan aggressive gesture of the Indian government gave rise to the current stalemate between the two neighbors.

Pakistan Tehrik-e-Insaf chief Imran Khan also said that the person who understands the complex political realities of the country will go to the Prime Minister's house. Imran's party seems to strengthen its base before the elections going to be held on July 25. Imran said in an interview to a newspaper that Sharif tried to improve relations with India.

He said that Sharif made every effort to even invite Narendra Modi to his house. He said, "But I think that keeping Pakistan separate is the policy of the Narendra Modi government. They have aggressive aggression against Pakistan ... what can anyone do on such an attitude?"

Significantly, Prime Minister Narendra Modi visited Pakistan in December 2015, but the terrorist attack in Pathankot in January 2016 and the attack in Uri in September made the relations between the two countries worse. 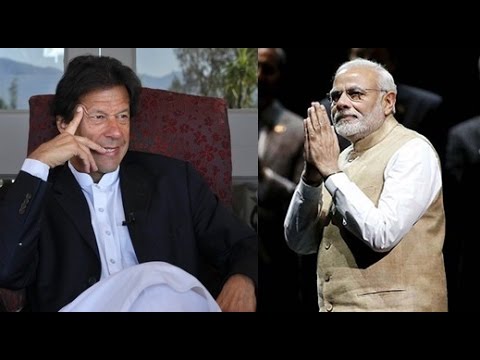 Pakistan's Foreign PolicyCommenting on the army's influence in the state, Khan said, "Wherever the security will be there, the army has to be included. If you look at America's policy in Afghanistan, many American-Afghan policies have been affected. Even when Barack Obama did not want to continue the war in Afghanistan, they had to continue this"

Pakistan's powerful army has always played an important role in the politics of the country. Army has ruled for more than 33 years in Pakistan's 70-year history. Imran said, "The army has been influenced by politics in Pakistan because we had worse political governments. I am not justifying it but it is so."

He said, 'You fight to win elections. I want to win. This is not Europe. In Pakistan, you need money and thousands of trained polling agents who can take people to the polling station on election day. If you do not have such workers, then you can not contest the election in Pakistan."