New Delhi: There has been a demand for opposing Bollywood actor Aamir Khan's film 'Laal Singh Chaddha' abroad and the film is also being boycotted abroad. Meanwhile, former England spinner Monty Panesar has expressed his displeasure on social media about Aamir Khan's film. According to Monty, Aamir Khan's film insults the Indian Army and Sikhs. Not only this, but the former cricketer has also demanded a boycott of this film.

Forrest Gump fits in the US Army because the US was recruiting low IQ men to meet requirements for the Vietnam War. This movie is total disgrace to India Armed Forces Indian Army and Sikhs !!Disrespectful. Disgraceful. #BoycottLalSinghChadda pic.twitter.com/B8P2pKjCEs

After the release of the film, on Thursday (August 11, 2022), Monty criticized Aamir Khan's film in a series of tweets. The former cricketer wrote in his first tweet, 'Forrest Gump fits the US Army because America was also recruiting people with low IQ (low intelligence) to fill the army for the Vietnam war at that time. But this film insults the Indian Armed Forces, Indian Army and Sikhs. Outrageously embarrassing. Physical, as well as mental fitness, is very important for recruitment in the Indian Forces, people with low IQs like Laal Singh Chaddha or Forrest Gump are not recruited in the Indian Armed Forces.'

Panesar also took his anger on Aamir Khan in his second tweet and wrote, 'In Laal Singh Chaddha, Aamir has played the role of a retarded person. Forrest Gump was also a retarded man. It's humiliating and embarrassing. After this, the English cricketer made another tweet. In this, he has called for boycotting the film. Modi Ji wrote in a Tweet "One Padma Vibhushan, one Padma Bhushan, 21 Indian Order of Merit, 14 Victoria Crosses, two Param Vir Chakras, four Ashok Chakras, eight Mahavir Chakras, 24 Kirti Chakras, 64 Vir Chakras, 55 Shaurya Chakras, 375 Sena Medals.'' Along with this, Monty replied to a social media user named Mohammad Adil and wrote, ''Muslims have always wanted to weaken Sikhs. Boycott this film.''

Kamaal R Khan (KRK) has also mocked Aamir Khan's film 'Laal Singh Chadda' and called the actor crazy, stupid and mental. Along with this, he has also described the dialogues of the film as very bad. He has called the film's lead actress Kareena Kapoor Khan 'aunty.' KRK said, ''The film is very slow and boring. Aamir Khan, who is sitting on the train, is doing crazy acts. I just want to ask Aamir Khan that when you had to play a lunatic in the film, then why was it necessary for you to become a Sardar? Do you want to prove that Sardars are mad?'' 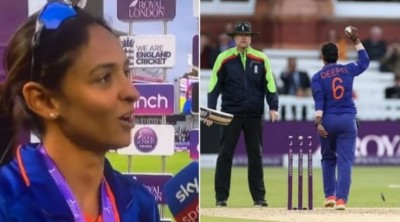 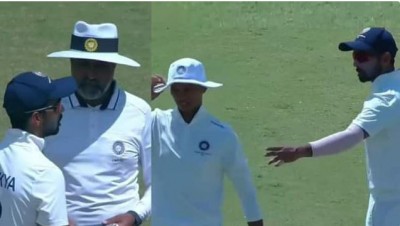