Third corona wave wreaks havoc in MP, this many cases in last 24 hours Indore: The corona epidemic has created a huge hue and cry across the country, while cases of coronavirus are on the rise in MP. In the last 24 hours, 3,160 new infected people have been found in the State. While Indore alone has the highest number of 948 patients in a day, 562 of those tested yesterday in the capital Bhopal were found corona positive. Virus cases are also showing a declining number of cases in Gwalior and Jabalpur. 298 new patients were found in Gwalior and 242 in Jabalpur yesterday.

There are 4 variants of corona active in the same MP. Infected patients of Delta, Alpha, Omicron and other variants have been found in the state. The delta variant proved to be the most frightening in the second wave and is also present in the third wave. The third wave of the corona epidemic is making each category its prey. Along with the youth and the elderly, children are also suffering from the infection.

Former Chief Minister Kamal Nath's OSD RK Miglani has also been found corona positive. He has been admitted to Chirayu Hospital in the capital for treatment. R.K. Miglani was also hit by corona in the second wave of the epidemic. He is suffering from other diseases due to which he has been admitted to the hospital on the advice of doctors.

How long will schools and colleges remain closed in UP? 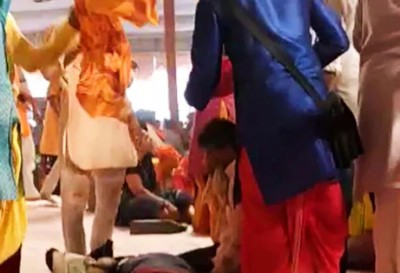 The survey on the second day of the Gyanvapi mosque was completed, the Hindu side said- 'Our claim has been further strengthened...'