Andhra Pradesh CM Jagan Mohan Reddy has been accused by BJP Rajya Sabha MP Susana Chaudhary of vendetta politics. He said Jagan is taking revenge on former chief minister of the state, Chandrababu Naidu. They are making full use of their powers for this. He instructed Jagan not to do so and work to run the government and solve the problems of the people. Let us know the full details

During a press conference, the BJP leader said Jagan was using his power to get revenge from opposition party leader Chandrababu Naidu. They should give up their personal enmity with the TDP chief and focus on running the state government.

For your information, let's say that Andhra Pradesh is currently in the grip of floods. The river Krishna and Godwari are in spate in the state. Several villages in East Godavari, West Godavari, Guntur and Krishna districts are in the grip of floods following heavy rains. Even Susana Chaudhary has attacked Jagan. He said the state government is ignoring the flood victims.  He criticized the Jagan government for the relief and rescue operations. He said the government does not know how to implement flood control and relief measures.

In his statement, former Union Minister Susana Chaudhary said that she had advised Chandra Babu Naidu not to quit the NDA, but he did not accept it and he broke away from the NDA. In March last year, the TDP had split from the NDA. Chandrababu Naidu had long been demanding a special statehood from the Modi government for Andhra Pradesh. The demand was to provide central assistance to Andhra Pradesh under special status, which was promised by cutting out of the state and forming a new state of Telangana. Naidu was angry with the Modi government and eventually disassociated himself from the alliance. 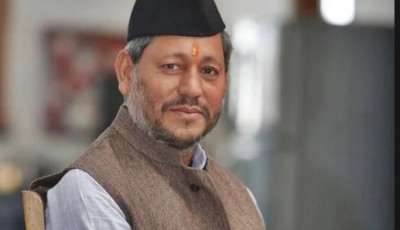