Mumbai: Nationalist Congress Party (NCP) leader and Lok Sabha MP from Shirur in western Maharashtra, Amol Kolhe is seen in a state of dissension. This controversy has been about his role in a film on Nathuram Godse who killed Mahatma Gandhi. The film was made in 2017, but the release is now taking place. Kolhe played Godse in the film while staying in the Shiv Sena party. He clarified the issue on Friday saying that he never supported the thoughts and actions of Mahatma Gandhi's murderer. Kolhe is a well-known TV actor who gained popularity after playing Chhatrapati Shivaji in a TV series.

He is now facing criticism from his own party as well as colleagues in the Maharashtra Vikas Aghadi (MVA) government. State Housing Minister and NCP leader Jitendra Awad said Kolhe is a very good actor but should not have done a film glorifying Godse. He said, 'It is wrong for an MP to play such a role. The artist should stand by society. There is opposition, opposition. The role as an actor and a person can't be two different things.'

The film is also growing because it is going to release on the platform OTT On January 30, the death anniversary of Mahatma Gandhi. The controversy has been going on ever since the 2.20-minute trailer of the film was released on social media. The trailer also shows Godse (Kolhe) making a statement in court after Gandhi's assassination. Clarifying the matter, Kolhe released a video message on Friday in which he said, 'It seems that a lot of people have been hurt by my role as Godse in the Hindi film 'Why I Killed Gandhi'. I never supported Godse's actions or his views against Mahatma Gandhi. I never even promoted the film.' He said, 'As an actor in 2017, I wanted to get work in films. It should be understood and seen in the same context.' 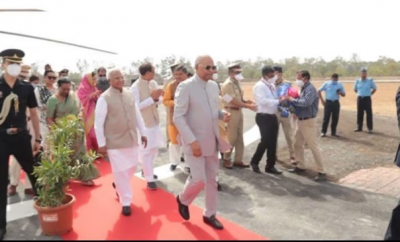