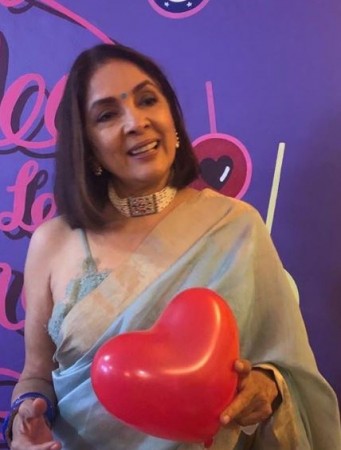 Renowned Hindi cinema actress Neena Gupta is giving fashion pills these days. Everyone wants to follow her fashion sense. Many photos of Neena are now going viral. She is looking stunning in these photos. She was seen wearing a trench coat, high boots and oversized shirt in the photos. She carried ethnic jewelry. Neena's fashion fusion is made on sight.

While sharing photos, Neena wrote, 'Trench coat was worn, but I have not been fond of wearing jewelry yet.' Talking about Neena's personal life, she fell in love with West Indies cricketer Vivian Richards in the 80s. Both never married but have a daughter. Talking about the work front, she started her Hindi film career in the year 1982 with the film Yeh Nisori, after which she appeared in many films including Jaane Bhi Do Yaro, Mandi, Trikala, etc.

Neena started her acting career with a serial 'Khandaan'. She is also remembered for hit shows like Saans, Siski, Saat Phere, and Kamzor Kadi Kaun. She played Ayushmann Khurrana's mother in Badhaai Ho, released last year. Her performance in the film was well-liked.