PM Modi's big gift for the people doing jobs, everyone will get benefits New Delhi: The Central government is all set to lay down labour code rules in India from October 1. As soon as the law is laid down, the take-home salary and PF structure of the employees will be changed. The change will reduce the take-home salary of the employees, while PF means more money will be deposited in the PF. In fact, the Central Government wants to implement the four labour laws at the earliest. Earlier, there were plans to lay down labour code rules from July 1. But the state governments were not ready. Under these four Codes, both the Centre and the States have to notify these rules, only then will these laws come into existence in the respective States. After the implementation of labour laws, there are going to be many changes in the salary structure.

The same new law will significantly change the basic pay of the employees and the manner in which the PF is calculated. The Labour Ministry is in the process of introducing new rules on industrial relations, salaries, social security, professional and health security and status. Under the four Labour Codes, 44 Central Labour Laws can be harmonized. After the change, the basic salary of the employees may increase from Rs.15,000 to Rs.21,000. The labour union has been demanding that the minimum basic salary of employees should be increased from Rs.15,000 to Rs.21,000. If that happens, your salary will go up.

With this, allowances under the new pay code will be restricted to 50 per cent. This means that 50 per cent of the total salary of the employees will be basic pay. PF is calculated on the basis of the percentage of basic pay, including basic pay and dearness allowance. Now, employers divide salaries into a variety of allowances. This reduces basic pay, thereby reducing the contribution of PF and income tax. PF contribution to the new pay code will be decided as per 50% of the total salary. After the new change, the basic salary maybe 50 per cent or more.

When is Hariyali Teej and What is Auspicious Muhurat? 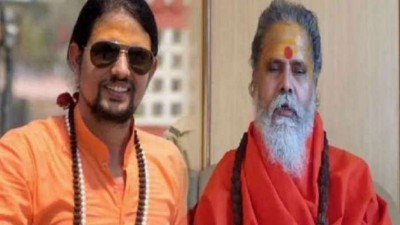