Bengali actress and MP Nusrat Jahan is very active on social media. The actress keeps sharing photos and videos with fans. Recently, Nusrat has shared some of her gorgeous photos, which are attracting the attention of the fans.

Talking about the looks, Nusrat is seen in a red dress. The actress completed her look with minimal make-up and high ponytail. The earrings of the actress are adding more charm to her look. Nusrat is looking amazing in this look. Fans have died on these photos of the actress. Sharing the photos, Nusrat wrote – My first stage performance after becoming a mother, I was very nervous, but thanks to my entire team who made this performance great. These pictures of the actress seem to be from a show. Fans are very fond of these photos.

Talking about the work front, Nusrat started her movie career with the movie Shotru, after which the actress appeared in Khoka 420. After making a name for Bengali cinema, Nusrat joined politics in 2019, but she remains in discussions about her movie and political career as well as her personal life and social media posts. 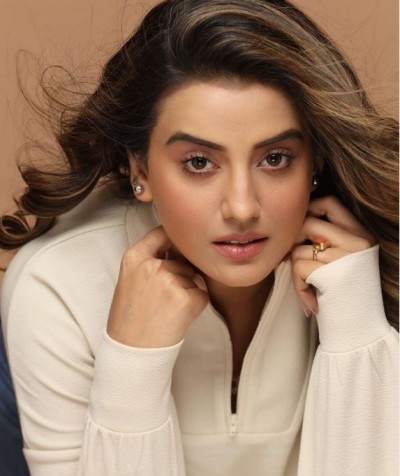