Lucknow: Suheldev Bharatiya Samaj Party (SBSP) chief Om Prakash Rajbhar, who was an ally of the Samajwadi Party (SP), has made a big statement and said that the leaders of the country are like two-faced snakes. He said that he is also no different from those leaders, the only difference is that Om Prakash Rajbhar stands by what he says. With this, Rajbhar made a big claim and said that after Bihar, now the BJP government in Haryana is also going to fall. He said that if Nitish Kumar becomes the prime ministerial candidate of the opposition, then a situation of change can arise in the country.

On the Enforcement Directorate (ED) and the CBI, Rajbhar said that why Nitish, Tejashwi and Congress are not afraid of them. He said that the message is going to the whole country that if everyone is mobilized, then ED and CBI can not do anything. Those who are wrong are afraid. He said that not only Bengal but all IAS and IPS of the entire country should have a narco test. First, get Rajbhar's narco test done. Right now it is happening in the houses of 15 people in Bengal. The SubhaSP chief further said that the truth will come out if all the leaders of the country undergo a narco test. He said that the leaders who loot, Baba Saheb Ambedkar have also provided solutions for them in the constitution.

At the same time, Om Prakash Rajbhar said on the leader Shrikant Tyagi, who misbehaved with a woman in Noida, that his picture was definitely with big leaders of BJP, but I thank CM Yogi Adityanath that he played such a bet that he got trapped. Rajbhar said that he had done bad, so he should be punished. He claimed that people like Srikanth are present at every party in the country. 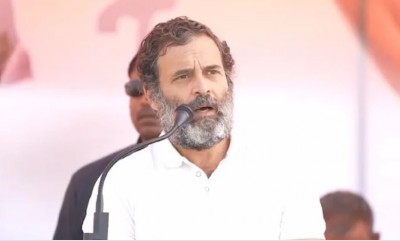