Petrol and diesel prices have reached new heights across the country. Vehicle fuel prices rose again on Sunday. The price of both petrol and diesel has been increased by 35-35 paise per litre. Congress General Secretary Priyanka Gandhi on Sunday attacked the Central government over the rising prices of petrol and diesel. He said that under the BJP rule, the labourers and farmers are burdened with price rises while only Modi friends are getting rich.

Hitting out at the Narendra Modi government at the Centre, Priyanka Gandhi Vadra tweeted, "BJP government increased NPK manure by Rs 275 and NP by Rs 70. The price of diesel has been increased by the Government to over 100 per day. In bjp raj- workers and farmers are burdened with price rise, only Modi friends are becoming rich. ”

On the other hand, Congress leader Rahul Gandhi has also attacked the Modi government over price rise. He shared an article and tweeted, "Destruction of all, development of inflation". The article says that if the government had not increased the tax, the price of petrol would have been Rs 66 and diesel would have been Rs 55 today. Sharing the same news, he said that everyone is being destroyed and only inflation is increasing in the country. Rahul Gandhi and Priyanka Gandhi are seen constantly targeting the Central government over price rise. Earlier also, several times, he had cornered the Central Government over the continuous rise in the prices of petrol, diesel and LPG. 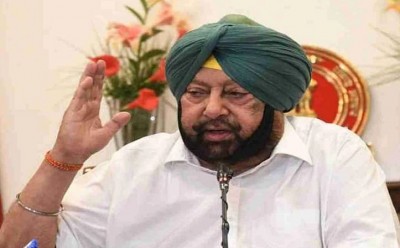