New Delhi: Tension between India and Pakistan is at a peak after the removal of Article 370 of the Constitution in Jammu and Kashmir. Pakistan has refused to give way to Prime Minister Narendra Modi's aircraft from its airspace due to this same anger. Earlier, Pakistan also did not allow President Ram Nath Kovind's aircraft to fly over its land.

Pakistan, which has been isolated in the entire world on the Kashmir issue, has now landed on Propaganda. India has expressed displeasure over this action of Pakistan and has instructed to desist from such activities. It is said that Pakistan Foreign Minister Shah Mehmood Qureshi says that he has conveyed this decision to India. He said that the Indian High Commission has been informed by the Government of Pakistan.

Actually, PM Modi is going to have a big event in America on 22 September. PM Modi is going to America on Saturday for 'Howdy Modi' event. For this, the Indian government had made a formal request from Pakistan to allow PM Modi's flight to pass through its airspace. According to Pakistani media, after consultation with the Imran government, PM Modi's aircraft has not been allowed to fly from its airspace. 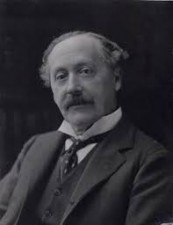