Islamabad: Pakistan spinner Yasir Shah has been accused of raping a 14-year-old minor girl at gunpoint. A case has been registered against Yasir Shah, who is active in Test cricket, at Shalimar police station in Islamabad. He has been accused of being involved in the rape and torture of a 14-year-old girl. In FIR, the girl said that Yasir Shah's friend Farhan not only raped and tortured her at gunpoint but also made a video of the incident.

The girl said, 'When I contacted Yasir Shah on WhatsApp and informed him about the act done by his friend, he made fun of me and said that he loved young girls.' At the same time, Yasir Shah threatened the girl that she would have to bear the brunt if she went to the police. Yasir Shah said he is an influential person and also knows many high-level officials.

The girl alleged that Yasir Shah and his friend Farhan had together raped several minor girls and made videos of them. The Pakistan Cricket Board (PCB) made a statement in this regard saying that it has come to its notice that a player in the current contract has been charged with some charges. PCB has gathered full information and asked for a response. The victim is a 10th standard student. She already knew Yasir Shah.

She said she had met Farhan at Yasir Shah's house and had a phone conversation with him. Farhan took her by taxi while returning from tuition. He raped the girl and threatened to kill her if she told anyone. Farhan blackmailed her and raped her again. Yasir Shah offered to give the girl a flat and also bear her expenses till she turns 18 and marry Farhan. Yasir has similarly come across the trapping of several girls.

India to host Denmark in Davis Cup next year

Mumbai City FC loses to Kerala Blasters in the ISL 2021-22 round.

Disclaimer : The views, opinions, positions or strategies expressed by the authors and those providing comments are theirs alone, and do not necessarily reflect the views, opinions, positions or strategies of NTIPL, english.newstracklive.com or any employee thereof. NTIPL makes no representations as to accuracy, completeness, correctness, suitability, or validity of any information on this site and will not be liable for any errors, omissions, or delays in this information or any losses, injuries, or damages arising from its display or use.
NTIPL reserves the right to delete, edit, or alter in any manner it sees fit comments that it, in its sole discretion, deems to be obscene, offensive, defamatory, threatening, in violation of trademark, copyright or other laws, or is otherwise unacceptable.
YASEER SHAH RAPE PAKISTAN CRICKET BOARD PAKISTAN CRICKET TEAM FIR RAPE WITH MINOR
Share
Facebook
Twitter
Pinterest
WhatsApp
Koo 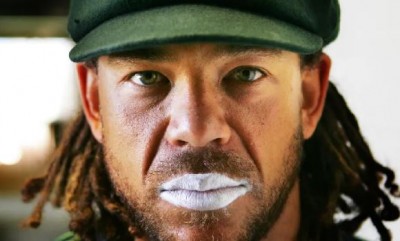