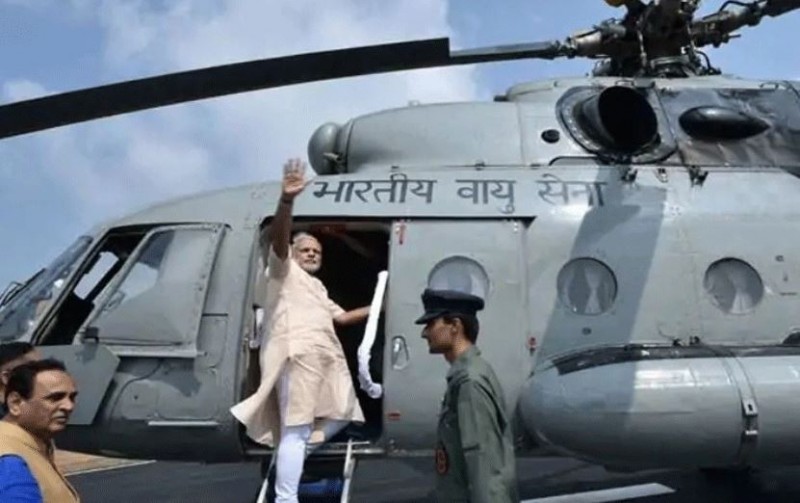 1- The speed of this helicopter is 250 kmph. It is also capable of flying up to a maximum height of 6000 metres. It can cover a distance of 580 kilometres at a time.
2- MI-17V5 is armed in many ways. This includes 8 firing posts with Shatram-5 missiles, S-8 rockets, a 23 mm machine gun, PKT machine guns.
3- The same helicopter was also used as commando operation due to 26/11 attack.
4- MI-17V5 was the aircraft that destroyed the Pakistani launch pad and carried out a major operation like surgical strike.
5- This helicopter can accommodate 24 persons at a time. At a time, the aircraft can carry 4000 kg.

Tell us that Mi-17V-5 is the most advanced transport helicopter in the world. It is used by Prime Minister Narendra Modi, from the movement of VVIP to army operations. About 60 countries of the world use more than 12,000 Mi-17 helicopters.