PM Modi shows his Govt works with willpower rather than power," Mandaviya New Delhi: PM Modi demonstrates that his government works on the basis of willpower rather than force." Dr. Mansukh Mandaviya, Union Health Minister, told the Lok Sabha on Friday that the Prime Minister Narendra Modi-led government has refrained from blaming previous governments for the country's poor health infrastructure, instead, working to improve it, and that the country has received the COVID-19 vaccine within a year.

"The Modi government is working to improve the country's health infrastructure. The Government worked for results without blaming past governments. Decisions made under Prime Minister Modi's leadership over the previous two years demonstrate that this government operates on the basis of willpower rather than power "During a debate on COVID-19 management, he stated.

"The first COVID19 case in India was reported in Kerala on January 13, 2020. However, the Centre's Jt Monitoring Committee held its first meeting on January 8, 2020. He continued, "It implies we were attentive, a committee had been constituted before the matter was disclosed, and it had begun working."

"When someone undertook vaccine research, it used to take three years to get permission. As a result, no one utilised to conduct research. We overturned those rules, and the nation received vaccine after a year of research - a facility provided by Prime Minister Modi "he stated.

"In India, 3.46 crore corona cases were reported, with 4.6 lakh persons dying, accounting for 1.36 percent of all cases. India has reported 25,000 cases and 340 deaths per million people, which is one of the lowest rates in the world "In response to the Opposition's criticism of the Centre for failing to divulge the true number of covid-19 fatalities during the second wave, he stated. 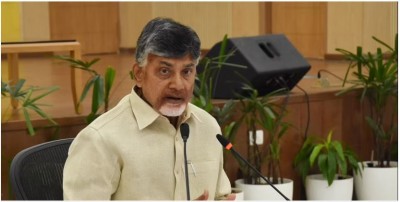