Varanasi: PM Narendra Modi attended the ongoing Chief Ministers' Conference at Bareka Administrative Building on the second day of his two-day visit to Varanasi. Addressing the Chief Ministers' Conference, PM Modi said that look at the development model of Kashi and implement it here. Also, propagate it in your states. PM Modi said to contribute to the promotion of religious tourism in Kashi and Ayodhya.

He said, while maintaining the original nature of old cities, pay attention to what can be done for the convenience of the people. The conference of Chief Ministers was attended by Chief Ministers from 12 states including CM of Assam, Arunachal Pradesh, Goa, Gujarat, Haryana, Himachal Pradesh, Karnataka, Madhya Pradesh, Manipur, Tripura, Uttar Pradesh, and Uttarakhand. During this period, the Chief Ministers made a presentation on the works and schemes of their respective States.

The BJP-ruled state conference in Varanasi asked everyone to elaborate on a big plan being taken up in their state. PM Modi was taking reports of work in states where BJP governments are in power. All the states were informed about their government's work on good governance. Chief Ministers of all the 12 states took turns presenting their presentations to the PM. According to the information, most time was given to UP CM Yogi Aditya Nath.

Tribals are not getting loans from banks despite having land: CM Hemant Soren 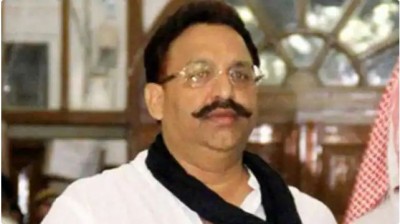