Aligarh: PM Narendra Modi today laid the foundation stone of the Node of Defence Corridor and Raja Mahendra Pratap Singh State University in Aligarh. He Said that Aligarh will have an Arms Factory Which will serve the Security Forces and Defence products that will be manufactured here. Aligarh Node will produce products like small arms, drones, aerospace, metal components, defence packaging. New industries are being set up for this purpose. This change will give a new identity to Aligarh and surrounding areas. PM Modi further said that the defence industry will also benefit the existing traders and MSME here.

Earlier PM Modi started his speech remembering former CM Kalyan Singh. PM Modi attacked Congress and opposition parties without naming them. He said that the history of India is full of patriots who have used everything, but it was unfortunate for the country that after independence, the penance of such national heroes and heroines did not familiarize the next generations of the country. Many generations of the country were deprived of knowing their heroic stories. Those mistakes of the 20th century are being corrected in the 21st century today.

PM Modi also attacked Samajwadi Party (SP) and Bahujan Samaj Party (BSP).  He said without naming that there was a time when governance in Uttar Pradesh was at the behest of goons and mafias. At the same time, PM Modi praised CM Yogi's rule and said that now the collectors, mafia rule-wielding people are in jail. I would like to remind the people of western Uttar Pradesh in particular that in this area, four or five years ago, families lived in their own homes in fear.

Varun Dhawan to make a splash in This international web series 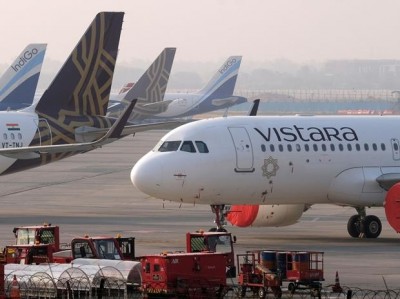