PM Modi remembers 'Iron Man', Says- "With his inspiration, we will achieve every goal" 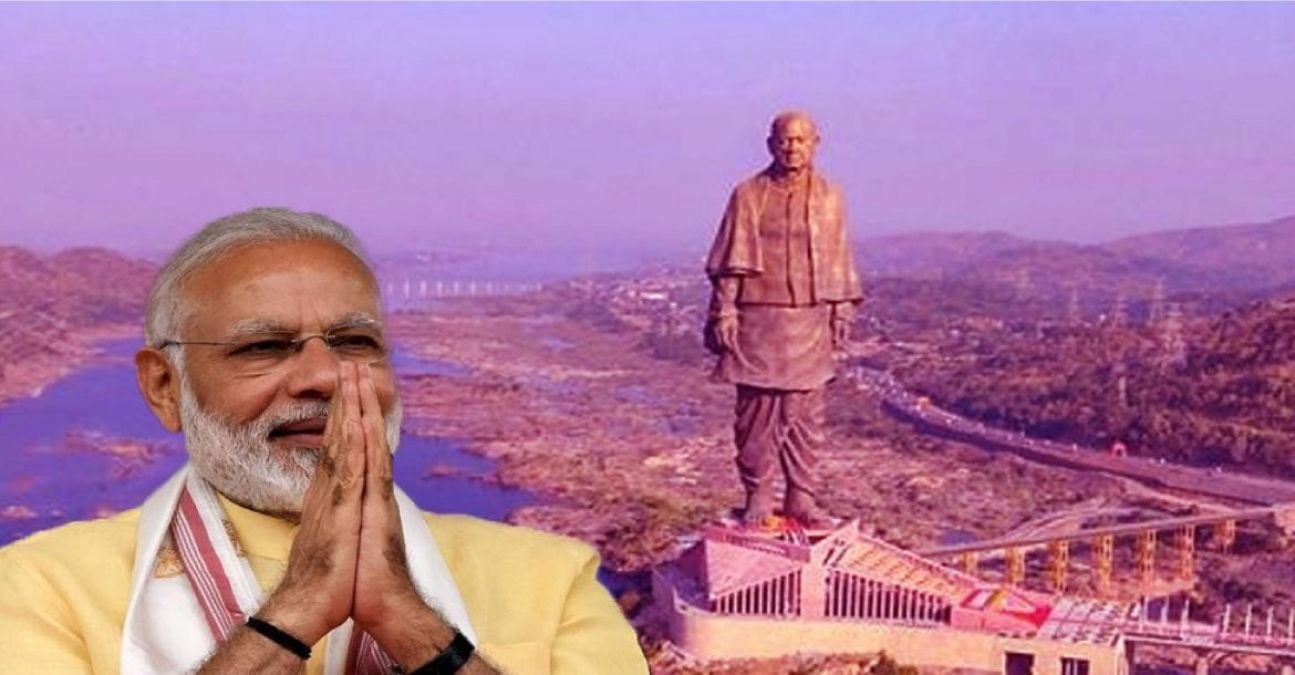 Ahmedabad: PM Narendra Modi is celebrating his 69th birthday today. Addressing a public meeting at Kevadia on the banks of Maa Narmada in Gujarat, PM Modi said that it is my privilege to have a visit to Maa Narmada on this day. He said that development work can be done even with nature. PM Modi is in his home state of Gujarat on his birthday today. Today in Kevadia, PM Modi first offered nature worship, worshipped Maa Narmada and then went to the Garudeshwar temple to offer prayers.

Jammu and Kashmir Governor meets PM Modi, discusses the situation in the state

After this, PM Modi while addressing a public meeting said that today is the birth anniversary of Vishwakarma, the god of creation. In the resolution that we are moving towards creating a new India, creativity like Lord Vishwakarma and willpower to achieve big goals is very important. He said that "when I am talking to you today, both Sardar Sarovar Dam and the world's tallest statue of Sardar Saheb symbolize his willpower and determination. I believe that with his inspiration, we will prove every resolve associated with the new India and achieve every goal".

Amit Shah remembered 2013, said- At that time no one considered Prime Minister as PM...

Praising Maa Narmada, PM Modi said that today the water of Maa Narmada is proving to be a philosopher's stone for a large part of Gujarat, not only just Kutch. The water of the Narmada is not just water, it is a philosopher who, when touched by the soil, makes it gold. Irrigation has increased due to Narmada water.