One of the most awaited movies of the year Ponniyin Selvan remains in the news as it movie starts various big faces of the entertainment Industry. The movie has hit the screen today in Tamil, along with dubbed versions in Hindi, Kannada, Telugu, and Malayalam, and is receiving very good reviews.

The story is based on (Karthi), who is entrusted by Aditha Karikalan (Vikram) with the task of delivering important messages to his father Sundara Chola (Prakash Raj) and his sister Kundhavi (Trisha). Various plans are being laid out by princely state kings to bring down the empire. Vanthiyathevan struggles to find out what the evil plans are and is the planner.  After various efforts, it is learnt that Nandini (Aishwarya Rai) is the mastermind behind the efforts to bring down the Chola dynasty. But similar to Bahubali part on this movie also left the question in audience mind why Nandini turns into a revenge-seeking princess.

The movie is based on excellent plot with very good characters and timing. From costume to music everything is up to the mark. All the actors has managed to perform their role with sincerity of their characters. The movie is surely the master piece of Maniratnam. Aishwarya totaly stole the show no one believed that she is the real evil who tried to bring down Chola Empire.

One famous critic took to his social media and wrote, "#PS1 [4.5/5] : An Epic Screen Translation of #Kalki 's Great Novel.. Story and screen play have enough twists and turns that are interesting and transport to Chola Great Dynasty.. Only Dir #ManiRatnam could have done this.."

One of the fans tweeted, "#PonniyinSelvan1 - WOW! Firstly Superb Work Of "FICTION" from Kalki..What a Writing..! Maniratnam Amazes Bigtime.. Fantastic Cinematic Experience It Was Ar Rahman -A King is Always a KING Ravivarman Cinematography & Lightings..Most important Asset Of the Film." Another wrote, “Movie stays very very true to it's story & just follows that which is engrossing till the end! Characters & drama is felt well”

'Ponniyin Selvan: I' is the first part of a two-part franchise that has been shot on a massive budget of 500 crore rupees.  Based on Kalki Krishnamurthy’s popular novel on the life of Raja Raja Chozhan,  Ponniyin Selvan: Part One has a screenplay written by Mani Ratnam, Jeyamohan and Kumaravel. PS1 will be the first of a two-part film series. It stars South Star Vikram as Aditya Karikalan, Karthi as Vanthiyathevan, Aishwarya Rai Bachchan as Nandini, Trisha as Kundhavai, and Jayam Ravi as Arulmozhi Varman. The magnum opus also features Ashwin Kakumanu, Aishwarya Lekshmi, Sobhita Dhulipala, Sarath Kumar, Prabhu, Vikram Prabhu, Jayaram, Prakash Raj, Parthiban, Rahman, Lal, Jayachitra, Riyaz Khan among others in pivotal roles.

Also Read:Isha Dutta spills the beans on her role in Drishyam 2 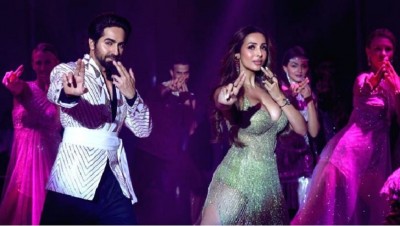