718 Cayman GTS 4.0 and 718 Boxster GTS 4.0, both cars have a 3,995cc century six-cylinder flat engine, which is going to generate 394bhp power. The engine also provides 420Nm torque with a manual gearbox or 430Nm peak torque with 7-speed automatic transmission. Both are rear-wheel-drive models and will be able to go from 0 to 100kmph in just 4.5 seconds while the top speed is 293kmph.

Both models also have a 7-inch touch screen display, which is paired with the Porsche Communication Management System. A 4.6-inch cm digital instrument cluster has also been provided. They will also be equipped with Porsche Stability Management Control Features, Torque Vectoring, Electro-Chemical Power Steering, Launch Control and Soft Chrono Package for safety reasons. According to reports, Porsche started booking its recently launched all-electric sports car Porsche Taycan and Macan SUV (latest version) in India in December last year. They were launched in November.

Porsche brand director India Manolito Vujicic has said that Porsche's strong sales in India in 2021 prove that the company has a huge demand in the country. He had claimed that Porsche India had sold 96 per cent more in the third quarter of 2021 than in the same period in 2019. 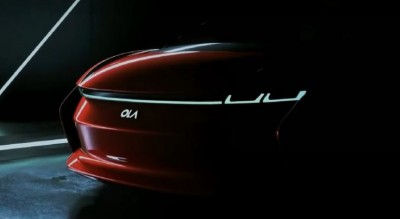