In fact, Priyanka Chopra shared a video of the new Netflix show on her Instagram. In the video, she is seen roasting the Jonas family. In the video, Priyanka says that she is honoured to be on this stage. Then, she laughs and says that tonight I will be visiting my husband Nick Jonas and his brother. I have come to roast those whose names I don't remember. The set erupts in applause as Priyanka speaks so much. 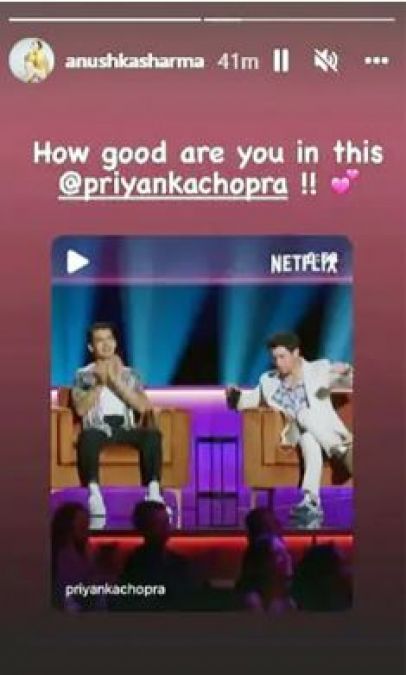 In the same video, Priyanka Chopra also discusses the age gap between her and Nick Jonas. Priyanka speaks as soon as she arrives There are many pop cultures in the 90s that she doesn't know about. So, I have to explain to them. Nick has also taught me how to use Tik Tok. Priyanka says that she and Nick learn from each other. After watching the video of Priyanka Chopra, actress Anushka Sharma could not stay and she posted the Insta story. In the story, Anushka writes how good you are, Priyanka. Along with this, Anushka has also made two heart emojis in the comments. It is rare that Anushka Sharma has been seen commenting on an actress' post.