Lucknow: National General Secretary of the Congress Party Priyanka Gandhi has praised the participation of girls in Lucknow in the Unnao rape case

. Priyanka Gandhi tweeted, "The girls of Lakhanu are participating in a signature campaign to bring justice to Unnao's daughter in large numbers.' Priyanka Gandhi further wrote that "even after committing heinous crimes like protection and rape to criminals, the no fear in mind of criminals  can be challenged with this courage and unity."

It is worth mentioning here that the Congress, which has been weakened in UP for quite some time, is now looking agile. Priyanka Vadra is particularly active. After Sonbhadra, the Congress, which unexpectedly came to the frontfoot on Unnao's Makhi case, is in the process of embarking on a journey ahead. Priyanka Vadra had also taken a stand against the BJP over the Supreme Court order in UP's up-court rape and accident case and the removal of the MLA from the party.

Priyanka Vadra tweeted, "It is not possible to torture the entire family of the victim and the rape case without the protection of power. Now the layers are opening up and the names of the BJP leaders and the police are coming up. Congress is committed to justice. We will fight these battles reliably,"

Ghulam Nabi Azad hits out at central government, says panic among Kashmiris due to advisory

Rajasthan: Bicycle color Changed with change of power, saffron-colored bicycles will no longer be distributed

Congress in trouble in Jharkhand, will Delhi meet find a solution 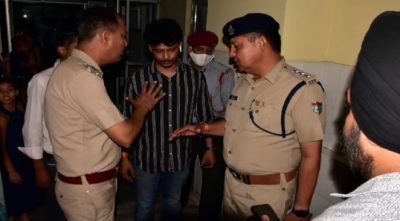