New Delhi: Delhi CM Arvind Kejriwal has demanded to put the photo of Goddess Lakshmi and Vighnaharta Ganesh on the note. Politics has intensified regarding this demand made by the CM of the Union Territory of Delhi to the Central Government just after Diwali. Along with the BJP, which is in power at the centre, the opposition Congress and SP have also opened a front against Arvind Kejriwal regarding this.

Haryana Home Minister and BJP firebrand leader Anil Vij has attacked Arvind Kejriwal by tweeting. He has said that finally, the matter has come on the lips of Kejriwal, the priest of Lakshmi. Anil Vij said that even if the excuse is to print the photo on the note, but before doing anything, Lakshmi will remain in front of his eyes. He surrounded Kejriwal on the issue of corruption and said that it is called devotion. Kejriwal, your grace is unparalleled. The same BJP IT cell in-charge Amit Malviya has also surrounded Kejriwal by tweeting. Amit Malviya tweeted that recently Kejriwal had banned firecrackers in Delhi by issuing a fatwa. He has called Kejriwal a staunch anti-Hindu. At the same time, BJP spokesperson Shahzad Poonawalla has called Kejriwal an electoral Hindu and said that he is pretending to be a Hindu.

'Once opposed Ram temple and today want God in note', BJP hits back at Kejriwal 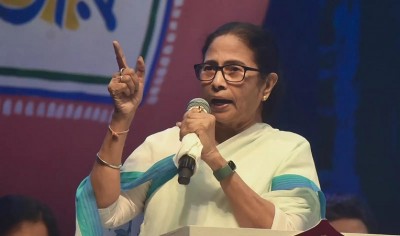