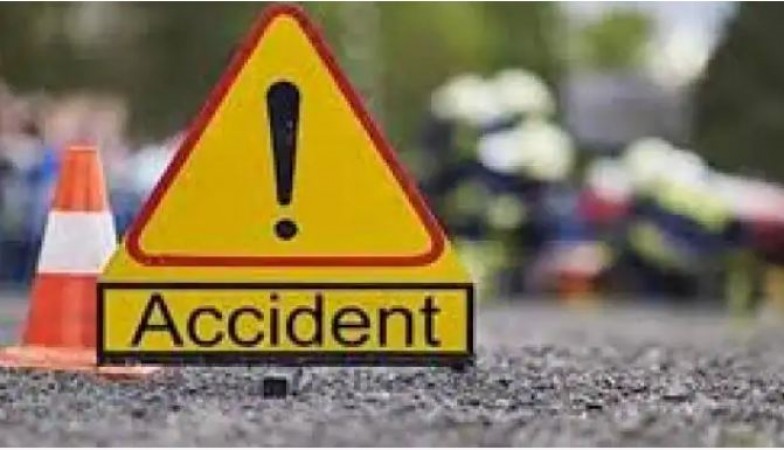 Lucknow: An uncontrollable truck collided with a car on the Lucknow-Prayagraj road in the Bhadokhar area of Raebareli in Uttar Pradesh and succumbed to the crash. Two persons died on the spot in the incident. The police rushed when got information and admitted three seriously injured persons to the District hospital.

On the Lucknow-Prayagraj route of the police station area, the car from Prayagraj to Lucknow near the  Makha Ka Purva fell into the pit by a collision with an unruly truck. There was a huge crowd of people in the vicinity to hear the cries of the people. Passers-by started maneuvering to get out those trapped people in the car. The police arrived at the information and pulled out the trapped people from the badly damaged car with the help of passers-by. In which Nirmala Sahu 46-year-old wife Mahendra Sahu resident Chaka Naini Prayagraj and Aman Jaiswal 22 years son Anil Jaiswal resident of civil line Katni died on the spot in Madhya Pradesh.

Vansh Sahu 17 years son Sheetala Prasad, Kajal Sahu 21 years daughter late Mahendra Sahu, Kamlesh Sahu 36 years son Raghunath Sahu's Chaka Naini Prayagraj was admitted to the District hospital. The police have informed the family persons that both the bodies have been shifted for post mortem. There was chaos in the family as soon as the incident was reported. In-Charge training CO Abhishek Srivastava said that action will be taken by registering a case on receipt of the complaint.

Amit Shah attacked Congress in Assam, said - how will you stop infiltration by putting Badruddin Ajmal in dock