Jaipur: The Congress party, which came to power in 2018 after promising farmers a waiver in Rajasthan, has now gone back on its promise. During the elections, Rahul Gandhi had said that all loans would be waived off within ten days of his government being formed, but even after nearly two and a half years, the promise was not fulfilled and when the banks started sending notices to the farmers, the state government brushed aside saying that they had not made any such promise.

According to media reports, Ram Gopal Jat, a farmer from Jaipur district, has reported that he had taken a loan of Rs 9 lakh, doing Rs 3.5 lakh and Rs 6 lakh twice five years ago, and has paid interest of more than Rs 6 lakh so far, but now the bank has also withdrawn 13.5 lakh 7 thousand 756 dues, home attachment notice sent. Ramgopal does not have enough money to pay and on the other hand, the bank is not willing to accept it.

According to the report, Ram Gopal Jat is not the only such person. There are many farmers who have taken loans ranging from Rs.1 lakh to Rs.3.5 lakhs, and now notices have come to them all. Several farmers in the village have received attachment notices from various banks. Gangaram, 80, from Mundiaramsar, has a debt of Rs 8 lakh with an interest of 14 percent in 5 years to Rs 14 lakh. Meanwhile, Rajasthan Government Cooperative Minister Uday Lal Anjana has said bluntly, "We had not promised to waive off loans to all farmers.''

Impact of single dose of 'covishield' begins to subside after 16 weeks: Study

Hindus being made Christians on pretext of treatment, Ranjan Chutia arrested in Assam 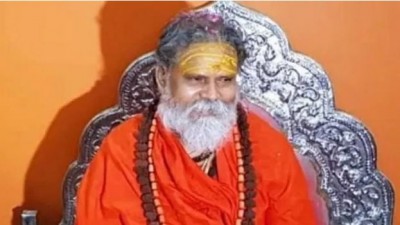