Ind vs NZ: ''The way we handled pressure was great'', says Rohit Sharma 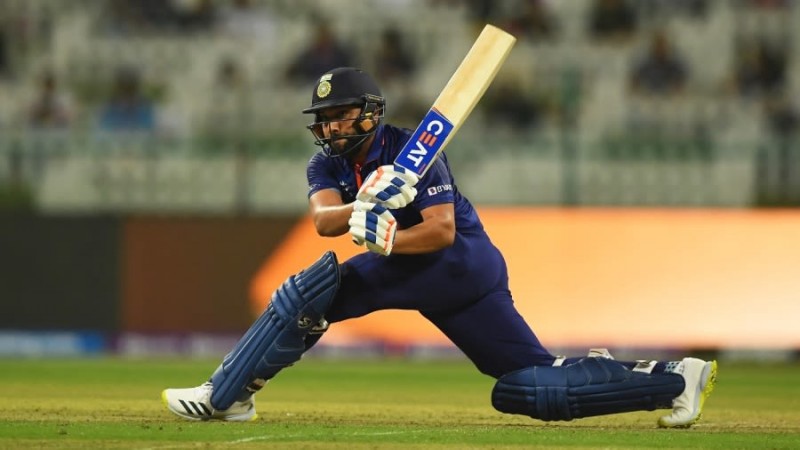 On Friday, Indian skipper Rohit Sharma took a 2-0 lead over New Zealand in the three-match T20 International series. He has made a statement after taking this lead. "The conditions were not favourable due to dew," he stated in the statement, "but the entire squad performed well." Let me remind you that this is Virat Kohli's first series win under new captain Rohit Sharma and new coach Rahul Dravid since he stepped down as T20 skipper.

In the match, the Indian bowlers were 153 for six. The squad then cruised to victory thanks to a 117-run partnership between Rohit and KL Rahul for the first wicket. Rohit said after the game, "Due to the dew, the circumstances during the match were difficult. The entire squad delivered an outstanding performance. As batting units, we are well aware of New Zealand's capabilities. But we also recognise our spinners' capabilities, and I kept reminding them that by getting just one wicket, we could restrict them.'

He also lauded the 'bench strength.' "Because the bench strength players are routinely performing well, the players on the field are under pressure. I felt it was critical that I let them to play freely. It's a youthful team, with few players having played many games. Let me remind you that the T20 series' final encounter will be played in Kolkata on Sunday.

Iran condemns the US latest sanctions against six individuals, 1 Company

Disclaimer : The views, opinions, positions or strategies expressed by the authors and those providing comments are theirs alone, and do not necessarily reflect the views, opinions, positions or strategies of NTIPL, english.newstracklive.com or any employee thereof. NTIPL makes no representations as to accuracy, completeness, correctness, suitability, or validity of any information on this site and will not be liable for any errors, omissions, or delays in this information or any losses, injuries, or damages arising from its display or use.
NTIPL reserves the right to delete, edit, or alter in any manner it sees fit comments that it, in its sole discretion, deems to be obscene, offensive, defamatory, threatening, in violation of trademark, copyright or other laws, or is otherwise unacceptable.
ROHIT SHARMA VICTORY SECOND T20I INDIA VS NEW ZEALAND INDIAN CRICKET TEAM NEW ZEALAND INDIA
Share
Facebook
Twitter
Pinterest
WhatsApp
Koo