New Delhi: Indian fast bowler S Sreesanth, who has been banned in the IPL spot-fixing case, has created a sensation with a statement. Sreesanth was found guilty in the IPL spot-fixing case in 2013. Talking to a private web portal, S. Sreesanth said, 'More than 14 runs were needed in an over. I gave only 5 runs in 4 balls. No no ball, no wide ball and even no slow ball. Even after 12 surgeries on my leg, I was bowling faster than 130. After the injury, I was mobilized in an attempt to return to the Indian team. Why would I do that?'

Sreesanth's sensational statement: 'I participated in the Irani Trophy and I was preparing myself for the series against Africa, which was scheduled to be held in September 2013. We were leaving early. My goal was to be part of that series. Such a person will not do anything like that and that too for Rs. 10 lakhs. I'm not talking big, but when I do party, my bill used to come to Rs. 2 lakhs.'

Stir in the cricketing world: In 2013, when the names of some RR players came up for fixing, the world of cricket was shaken. Meanwhile, the player whose name was the most unusual was none other than India pacer S Sreesanth. However, Sreesanth has completed his sentence and has also participated in domestic cricket for Kerala. Sreesanth further said that I have helped many people and because of their prayers I was able to get out of there. Sreesanth said how this could happen.

IPL 2021: SRH won by 7 wickets, ready to ruin playoff hopes of other teams 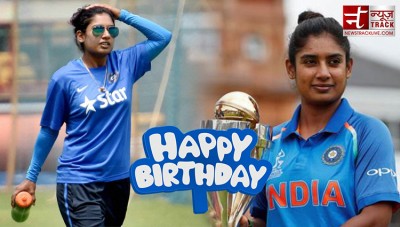