One of the most awaited films Vikram Vedha,  stars  Hrithik Roshan, Saif Ali Khan, and Radhika Apte in lead roles. Vikram Vedha is an action thriller written and directed by Pushkar-Gayathri.  It will be released worldwide in over 100 countries on September 30th. As per the information, the movie is all set to release in North America, the UK, the Middle East, and Australia and New Zealand. The film is in news even before its release.

The director of the film Pushkar and Gyatri revealed, " As the script called for, we wanted Saif to adopt the genuine encounter specialist cop persona. We were astounded by his rigorous research regimen, which included immense practice with real weapons and understanding the drill of using, the real weapon. Saif has put a lot of hardwork and his passion towards his craft is visible in his body language in the trailer and the film"

Hrithik Roshan’s trailer also received grand opening. The actor in this event said, “Every film has its own destiny, and it is very very lovely and beautiful to see that you are starting to believe it" The actor sharing the clop from the event wrote, “To be surrounded by all your love is truly a blessing! Thank you to all you beautiful people for attending the #VikramVedhaTrailer preview and empowering us with your love & cheer."

Vikram Vedha is a film starring Hrithik Roshan and  Saif Ali Khan. The film also stars Radhika Apte, Rohit Saraf, Yogita Bihani, and Sharib Hashmi. Directed by Pushkar-Gayatri, Vikram Vedha is the Hindi remake of their 2017 Tamil film of the same name. It is a remake, the original film which starred R Madhavan and Vijay Sethupathi was a massive hit. Filmmaker duo Pushkar and Gayatri, who directed the original too. 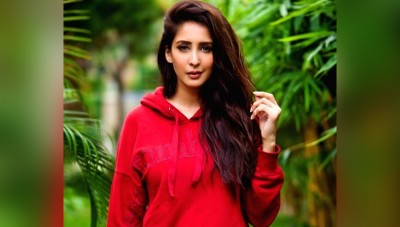