Bollywood actress Shilpa Shetty's film Nikamma has been released in theatres today i.e. on June 17. Apart from Shilpa, the film also stars Abhimanyu Dassani and Shirley Setia and Sameer Soni in pivotal roles. The film is directed by Shabbir Khan. Yes and the story of this film is the Hindi remake of the Telugu film Middle Class Abbai (MCA), which was released in the year 2017. Now we know the review of this film.

Talking about the story of the film Nikamma, it is based on the life of a boy Adi (Abhimanyu Dassani) who likes to relax, have fun, party and live a mastmaula life. Yes and he is enjoying his life according to his own, but suddenly there is an entry of superwoman Shilpa Shetty in his life and she completely changes both him and his life. Yes, the one who lives a comfortable life, etc. changes completely. He does all the household chores at the behest of Avni and later fights with the goons for her. In this film, how does Avni come into Adi's life and why does she change it and why does he clash with the goons for Avni? You have to watch the movie to know all this.

From comedy to action, the film shows everything from the fun of a carefree boy's life to the problems he faces when he works at home. Yes and the film is full of love, fun, fun to action. At the same time, it is interesting to see Shilpa Shetty in a different style on screen. With this, this is the Bollywood debut film of actress Shirley Setia and she did not disappoint with her acting. She wins the hearts of the audience with her cuteness. However, there are many things in the film in which there is no logic in sight and somewhere the film also seems boring.

Why watch the film- The film is Hindi remake of the telugu film Middle Class Abbai (MCA). Yes and if you have seen the original film, then you can also watch it because here you will get to see the fresh version of it. In this film, all the actors have done justice to their character and everyone's style is amazing. The film has music by Amaal Malik and Javed-Mohsin, which is good to hear.

Father's Day: These Bollywood movies explain the importance of father, must be seen

Priyanka shares a picture with her daughter and mother Madhu

Ayan Mukerji is happy with the love that brahmastra trailer received, writes 'Thank you note' 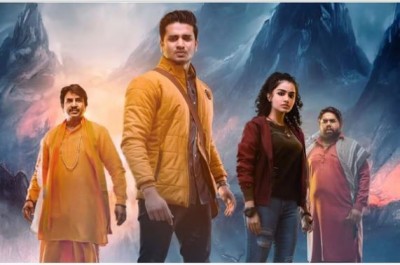